Home·Browse·The Severn and its Origins in Wales 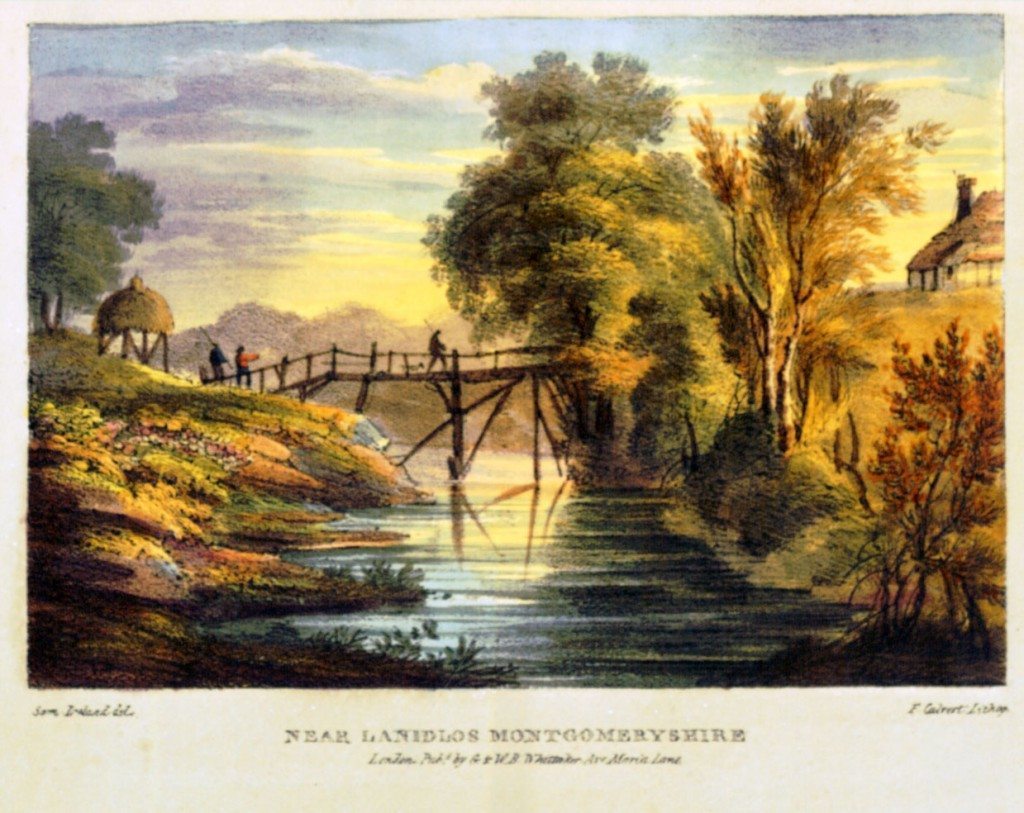 Image: Near Llanidloes, Montgomeryshire. One of the small Welsh towns on the river, Llanidloes was a market town, river crossing and centre for wool production.

“The Severn, anciently regarded as the queen of British rivers, is the most rapid stream of our island; and, for the length of course, for majesty of aspect, for extensive advantages afforded by her fertilising waters to agriculture and commerce, she justly ranks as second only to the Thames.

In compensation…for the absence of regal dwellings, of the peaceful abodes of science and the arts, the banks of the Severn are occupied by noble and venerable cities – by towns, rich and flourishing in commerce – by splendid mansions of the great and wealthy – by the modest, yet lovely retreats of ease and refinement; mouldering remains of many a hollowed pile, and dilapidated towers of many a baronial castle….

This interesting river, which, in its progress to the sea, is said to be increased in the volume of its waters by no fewer than forty tributary streams, rises at a place called Maes Hafren, amidst extensive moors, in the high, wild and, and morassy tracks of Plynlimmon. The circumjacent scenery presents a singular combination of the wild the grand, and the beautiful.

Proceeding to the summit of Plynlimmon, the sides of its acclivities, as well as the adjacent hills, are destitute of wood; the barren steeps presenting one expanse of cheerless solitude. Here and there a wretched farm, or cottage divested of inhabitants, peeps forth. These desert tracks may be justly termed the region of sheep-walks; where…the numerous flocks, driven from distant places to feed on the summer herbage in these exposed pastures, are heard to bleat at the close of day. Thus every cottage throughout the vale is merely a winter habitation….

The soil of these mountainous districts consists chiefly of maiden turf, which the officious had of cultivation has never yet approached; the pasturage affording nutriment to sheep, goats, black cattle, and herds of merlins, or diminutive wild horses, commonly called Welch ponies.

Winding, in an east-south-eastern direction, through a chain of stupendous hills, the Severn pursues its precipitous course over large craggy stones, which occasionally produce falls of considerable magnitude; particularly in the rainy seasons, when the rude hand of winter, combining with the tremendous rush and roar of waters, gives birth to scenery so wild and terrific, so majestic and sublime, as would excite the imagination…by the time it reaches Llanidloes, the expanse of its waters has acquired a considerable increase.

This little market town…is seated on the right bank of the Severn. Its name derives from Saint Idloes to whom the little church is dedicated….The chief articles of trade are wool and yarn: the latter is manufactured to a considerable extent by young country women, and sent to Welch Pool, once a fortnight, for sale. Over the Severn…is an old wooden bridge, much decayed; but as the river, though of considerable width, is shallow, and generally fordable here, it is used only in winter, at the time of floods. Near the town are several extensive sheep walks; and in the neighbourhood is an excellent quarry of coarse slate.”