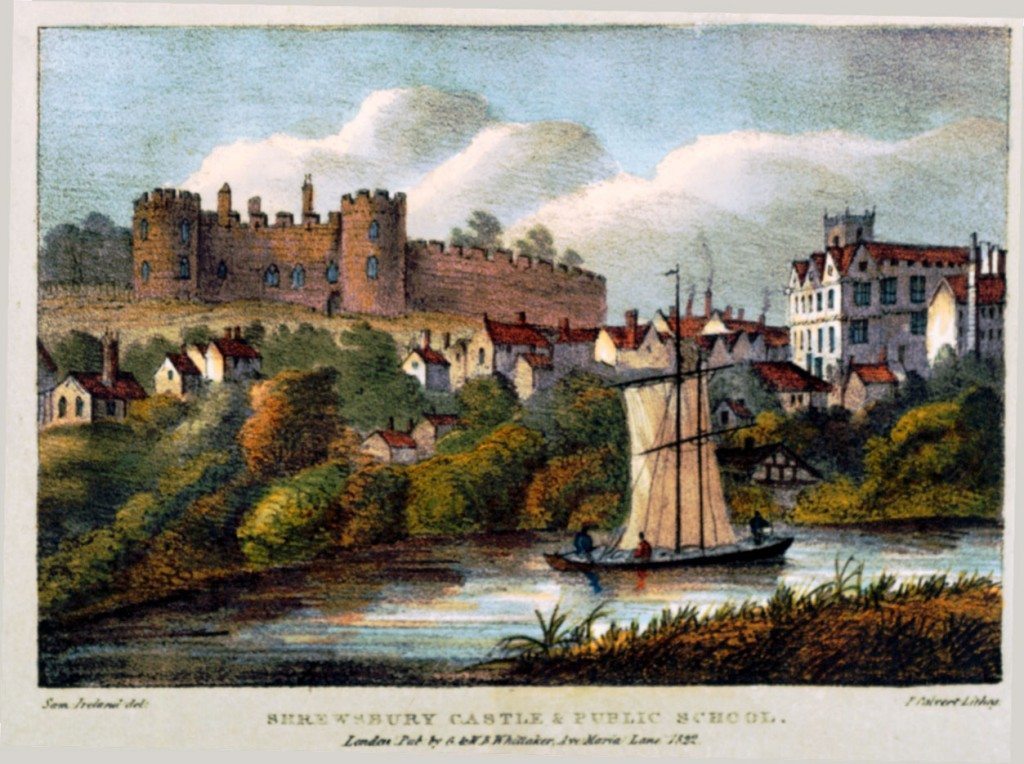 Image: Shrewsbury Castle and Public School. As one of the most important towns on the Severn, Shrewsbury was a political, cultural and economic centre for Shropshire and beyond.

“When within two miles of Shrewsbury, the Severn visibly expands, acquiring consequence, and continuing to augment as it approaches the town, which is indebted to its current for a great portion of the trade, commerce and wealth it enjoys.

The lofty spires of the churches, the hospital, and other buildings combined, form, in the distance, a striking picture; and, as the objects become more distinct, the castle and public school particularly attract the notice of approaching strangers.

The population of Shrewsbury appears to be rapidly on the increase: In 1801, the number of inhabitants…was 14,739; in 1811, 18,543. The chief articles in the commerce and manufactures of this town have been, for ages, flannels and Welch webs….The commerce of the town, as well as the general comfort and convenience of its inhabitants, is greatly promoted by the Shropshire, Shrewsbury, and Ellesmere canals.”

« Previous in this sectionNext in this section »
People: Browse
Place: Shrewsbury
Image creators: Image from Thomas Harral, Picturesque Views of the Severn, 1824
Image courtesy of: Shropshire Records and Research