Home·Browse·Gloucester’s Economy and the Severn Trade 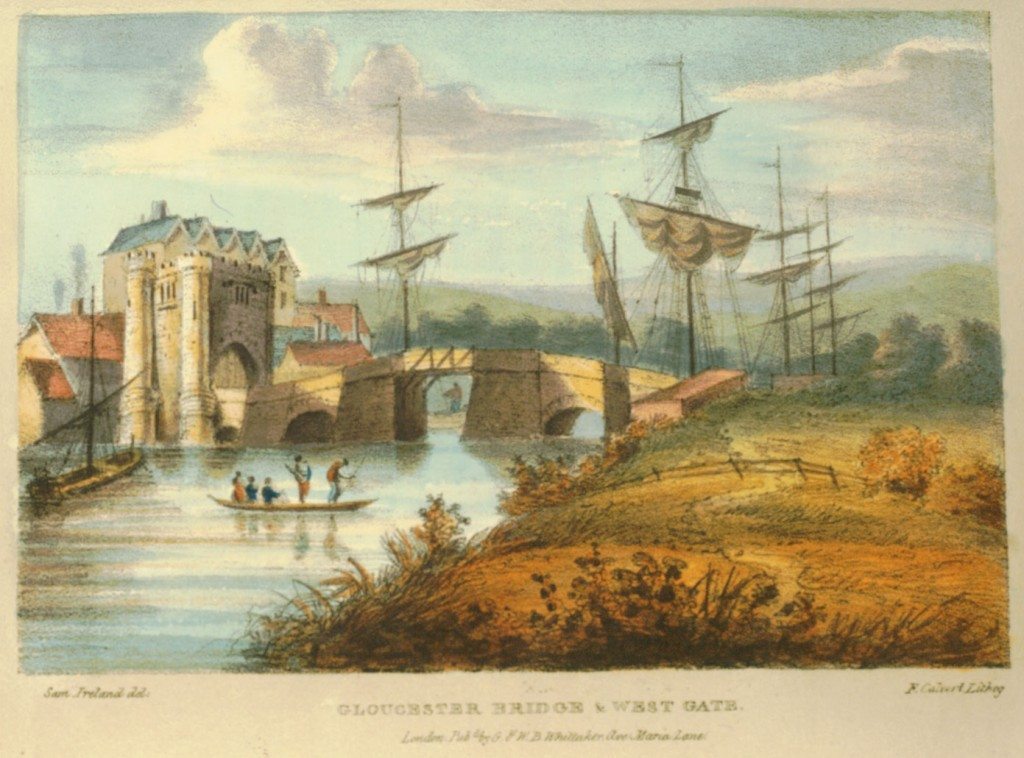 Gloucester’s Economy and the Severn Trade

Image: Gloucester Bridge and West Gate. Gloucester developed as an industrial and trading base, route over the river and major port. Many Severn barges and trows exchanged their cargoes at the port. Larger vessels transported goods to Bristol and other British towns. The Gloucester Port Books survive as a major historical source for the economy of the Severn and the British coastal trade in the 18th and 19th centuries.

“In the reign of Henry VIII, a bridge of stone arches was erected over the Severn….Since Mr Ireland (the artist responsible for the engraving) visited Gloucester, this bridge…having fallen to decay, has been taken down, and the bridge has been replaced by an elegant structure, of a single arch, eighty-seven feet in its span. The new bridge from a design by Smirke, is of stone, from the Forest of Dean, faced with Cornish granite.

At present, the chief trade of Gloucester arises from the pin manufacture, the hemp and flax-dressing business, and the navigation of the Severn. A bell foundry has existed here more than three centuries. Gloucester has its Custom-house, at which, though few foreign entries are made, considerable business is done with coasters.”