Home·Browse·Buildwas Bridge and the Severn Earthquake of 1773 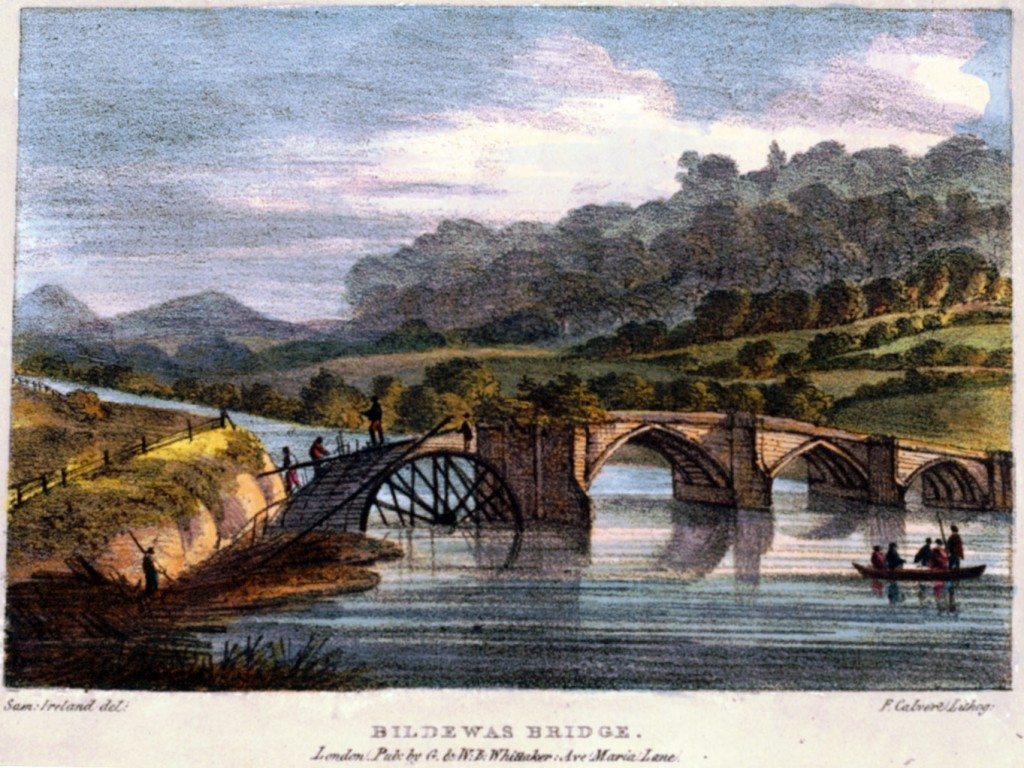 Image: Buildwas Bridge, Shropshire. This view shows the old bridge which was replaced by an iron bridge designed by Thomas Telford and built by the Coalbrook Dale Company in 1796.

“This structure, supposed to have been of very ancient erection…is thought to have been formed chiefly for the convenience of the abbey. From the narrowness of its arches it greatly obstructed the navigation of the river; and, although the accident of its destruction, by a high flood, in the year 1795, subjected the county to the expense of a new bridge, the consequent advantage has been great. The present edifice, completed by the Coalbrook Dale Company, in 1796, is of cast iron, admirably executed, from a design by the county surveyor, Mr Telford, of Shrewsbury.

The river, soon after it leaves Buildwas, passes by a place called The Birches, supposed to have derived its name from some large birch-trees which formerly grew there. This spot is memorable in the history of Shropshire for a concussion of the earth, which, in the month of May, 1773, pushed the Severn somewhat out of its course; so that what was formerly its right bank is now its left…. It was an earthquake…which forced the Severn from its accustomed channel, and converted a scene of rural beauty into a tract of terrific devastation. The effects of this extraordinary convulsion of nature are thus strikingly described, in a sermon which, on the succeeding day, was preached on the spot, by the Rev. Mr Fletcher of Madeley:-

“But leaving the newly formed mounts, through heaps of ruins, go to the ancient bank of the Severn. You come to it and she is gone! You are in the middle of her old bed…you stand in the deepest part of the channel and yet you are in a wood! Large oaks spread their branches where bargemen unfurled their sails: – you walk to-day on solid ground where fishes yesterday swam in twenty feet of water. A rock that formed the bottom of the river, has mounted up as a cork and gained a dry place on the bank, while a travelling grove has planted itself itself in the waters, and a fugitive river has invaded dry land.”