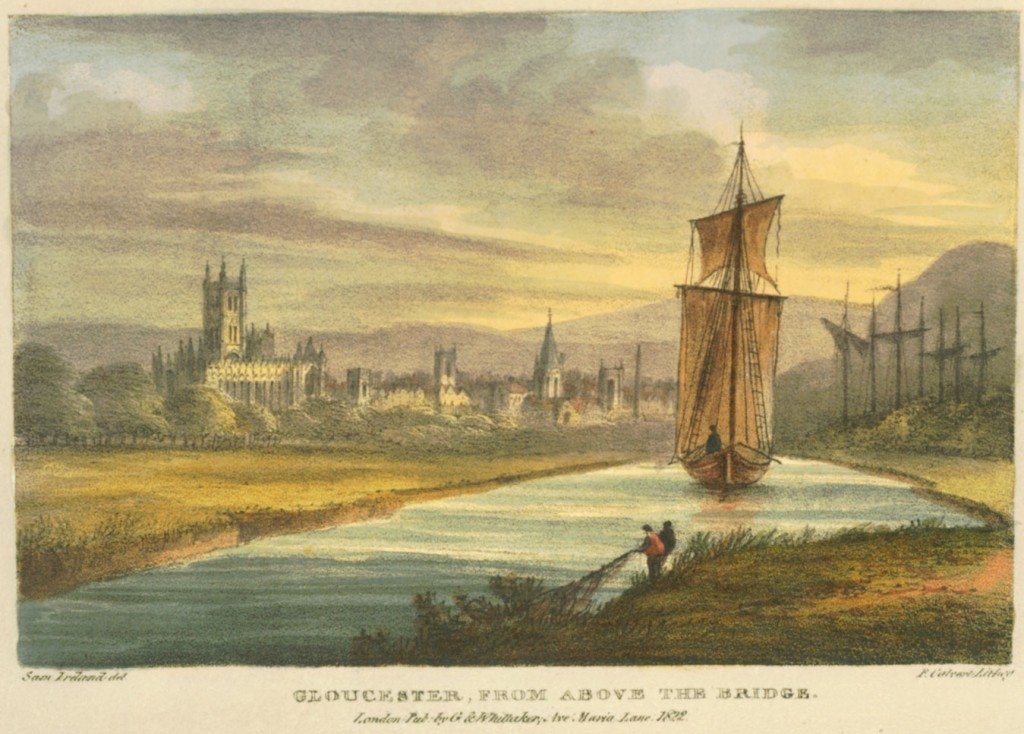 Image: Gloucester, from above the Bridge. Gloucester was an ancient foundation, distinguished by its medieval cathedral. By the time of Harral’s visit, the city had become an elegant regional centre.

“This ancient and respectable city, occupying a gentle eminence which rises on its eastern side from the Severn, is in the vale of Gloucester. The city of Gloucester, with its suburbs, is nearly three miles in circumference….Previously to the improvement of the city, by act of parliament, in the year 1749, the houses were chiefly of timber; but are now principally of brick, and well built; and the streets are paved and lighted.

Gloucester has long enjoyed the pleasures of a theatre, of assembly rooms, and of a triennial musical festival, established by members of the choirs of Worcestershire, Gloucester, and Hereford. Of late years, the attractions of the city have been much increased by the discovery of a spring in its environs. The water…in its essential impregnations, is said to surpass that of Cheltenham and Gloucester.”

« Previous in this sectionNext in this section »
People: Browse
Place: Gloucester
Image creators: Image from Thomas Harral, Picturesque Views of the Severn, 1824.
Image courtesy of: Shropshire Records and Research