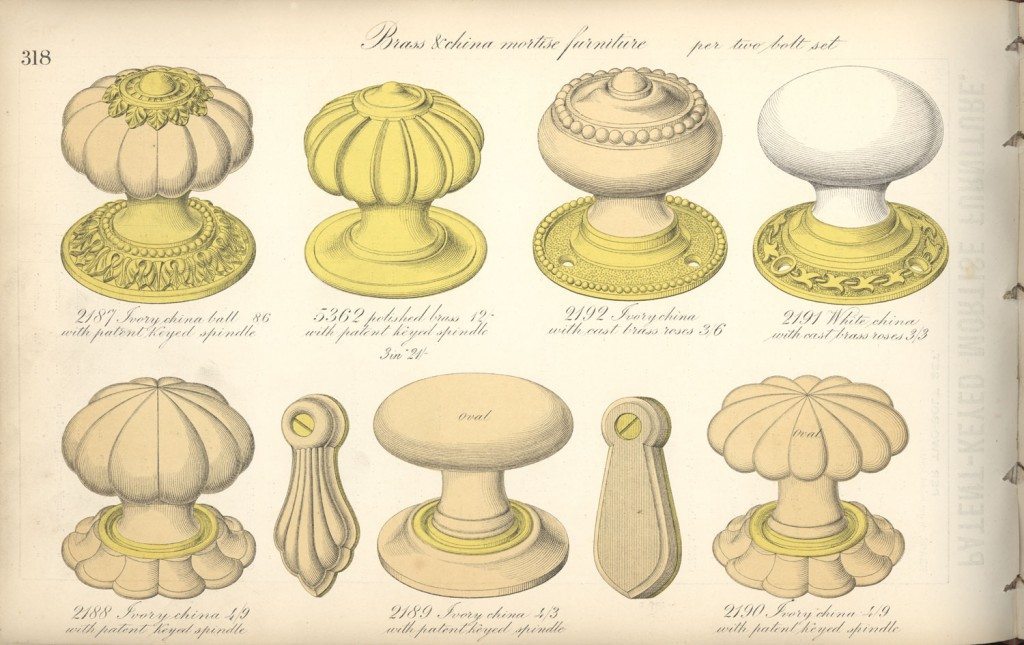 Caption: Brass Door Furniture from William Tonks and Sons, Catalogue of the Various Kinds of Work (Birmingham, 1880), p 318. An example of the wide range of items produced by one Birmingham brass manufacturer.

The brass trade has left its mark on the English language – we refer to people as having a “brass neck” and we get down to “brass tacks” when we mean business. Our bosses can be referred to as “top brass” or “brass hats” and our brassworking ancestors may well have been “brassed off” by the tedious and repetitive nature of their work!

Large profits were to be made from brass and the numbers of foundries, factories and manufactories grew at an alarming rate from the late eighteenth century. By the mid nineteenth century the manufacture of every conceivable item that could be made of brass – from tacks to bedsteads and gas fittings – were being produced in huge quantities, with Birmingham being one of the main centres for the trade.