Home·Browse·Demand for Birmingham Brass in Britain and Abroad 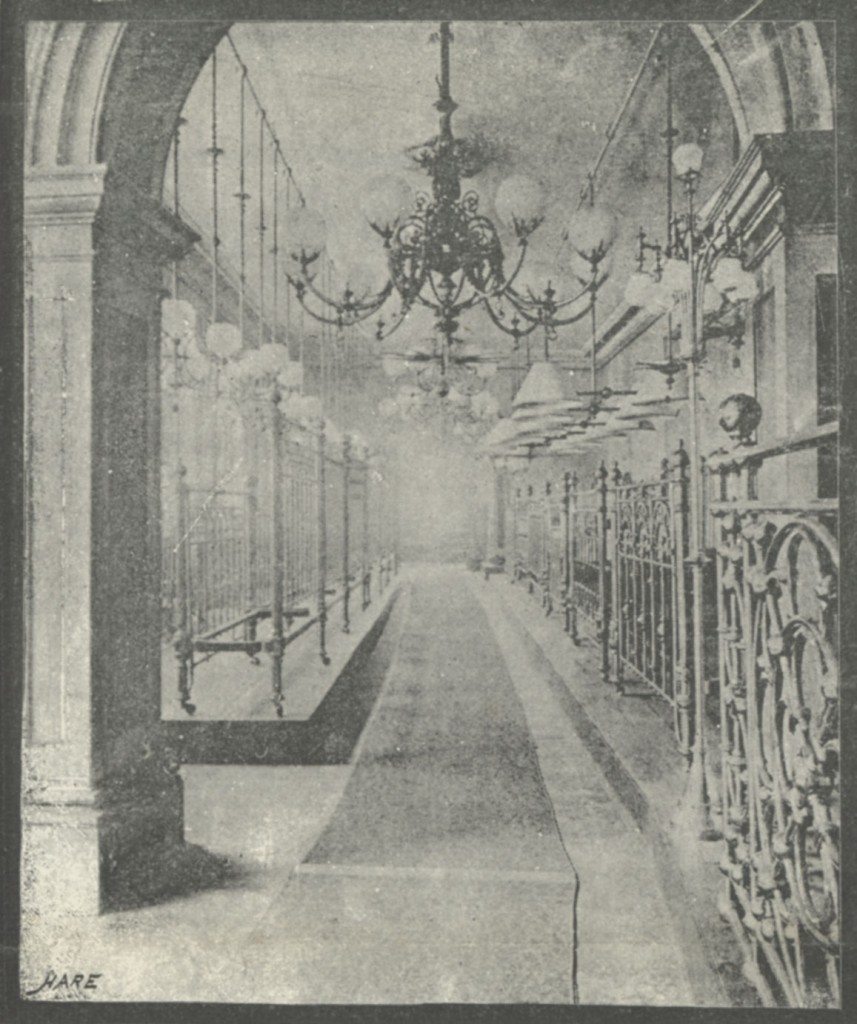 Image: The showroom of Messrs R W Winfield and Co. in 1887 from “The Homes of our Metal Manufactures. Messrs R W Winfield and Co’s Cambridge Street Works & Rolling Mills, Birmingham”, Martineau & Smith’s Hardware Trade Journal (Jan 31, 1887, p 10). By the late 19th century an extraordinary range of brass items were created by Birmingham Brassfounders to meet home and overseas demand. The writer of the article noted that that “the extensive show-room contained noteworthy examples of some of the finest brasswork, on which the eye is tempted to linger….” He listed some of them. The ante-room to the show-room alone contained bedsteads, gas fittings, bronzes, fenders, fire screens, stair rods and electric light fittings.

Brass was in demand for the manufacture of buckles, buttons, horse and carriage fittings, household goods and, as improvement and sanitation schemes were effected, plumbing and sanitary products were needed in large numbers. In 1770, there were just five cock-founders in Birmingham supplying items for steam engines in the form of whistles, cocks, taps and gauges. A century later similar items were being produced for locomotive and ship engines as well as for industrial machines. Writing in 1865, Aitken suggested:

What Manchester is to cotton, Bradford to wool and Sheffield in steel, Birmingham is in brass: its articles of cabinet and general brassfoundary are to be found in every part of the world; its gas fittings in every city and town into which gas had been introduced, from Indus to the Poles … on the railways of every country and on every sea its locomotive and marine engines of solid brass generate the vapour which impels the locomotive over the iron road, and propels the steam boat over the ocean wave … its rings and ornament of brass are the chief decorations of the ‘belles’ on the banks of the distant Zambesi.

Aitkens’ statement was backed up by David Livingstone who described a Makalolo woman he met in Africa as wearing “Eighteen solid brass rings, as thick as ones fingers on each leg and three under each knee, nineteen on her left arm and eight on her right”.

The demand for brass for the production of goods in all shapes and forms rose as the 19th century progressed. The Victorian pre-occupation with death led to a rise in the manufacture of coffin furniture. Aitken reported a request from two African palm oil potentates called “King I Am” and “Egbo Jack” for two coffins, each made of brass, 6ft 10in in length, 3feet in depth and 2ft 3in wide – each weighed 600lbs. The receptacles had a dual purpose, they were to be used as repositories for their treasures during their lifetimes before being called into service for the purpose for which they were designed.

As demand in one area declined there was usually another to take its place. An Exhibition of Electric Lighting was held at the Crystal Palace in 1882, and leaders of the brass industry foresaw electricity as the successor to gas for means of lighting. Fearing a loss of trade they argued that “Brass stands in the first rank” as the material for making electrical fittings. Their fears did not come to fruition as the turbine engine, motor industry came to the fore, and the Penny Post created new markets – from scales for weighing letters to brass letterboxes.