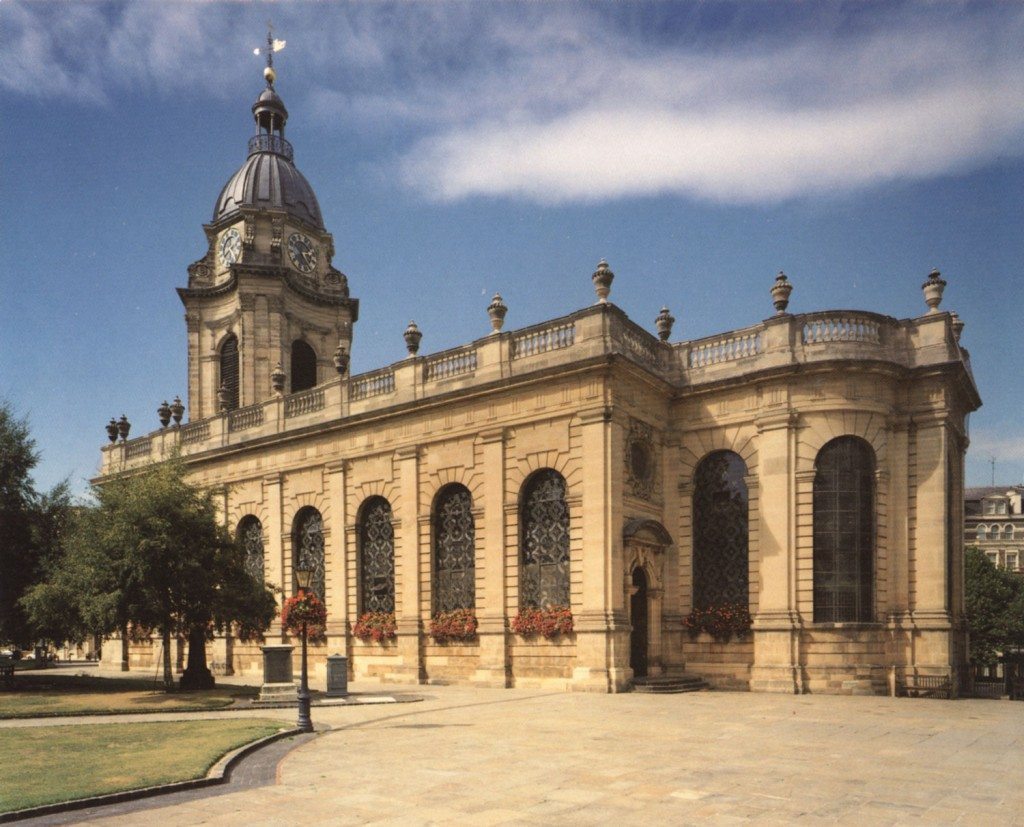 Image: Cathedral Church of St Philip, Birmingham. The photograph shows the extension to the chancel of 1884 at the east end of the building, which housed three of the four windows by Burne-Jones: the Nativity, Crucifixion, and Ascension.

Please note that Mr Carew-Cox is the copyright holder of these photographs. Please contact him for permission for their use.

Four stained-glass windows in the Cathedral Church of St Philip, Birmingham, depict the Ascension, the Nativity, Crucifixion and Last Judgement. They were designed by Edward Burne-Jones between 1885 and 1891 and created by the firm of William Morris and Co. Burne-Jones was born in Birmingham in 1833 and wanted the widows to express his vision of the humanity of Christ.

This exhibition describes the four windows and provides contextual information about the artist and the commissions that led to the installation of the glass.

The Revolutionary Players Project is grateful to the Cathedral Church of St Philip, Birmingham and the photographer of the Burne-Jones windows, Mr Carew-Cox (tel: 01386 792404) for permission to digitise photographs of the windows. The Project also acknowledges the considerable work which was conducted by many volunteers who provided research and text for volume IV of the Cathedral Inventory Record. This book has been a major source of information for the text in this article.