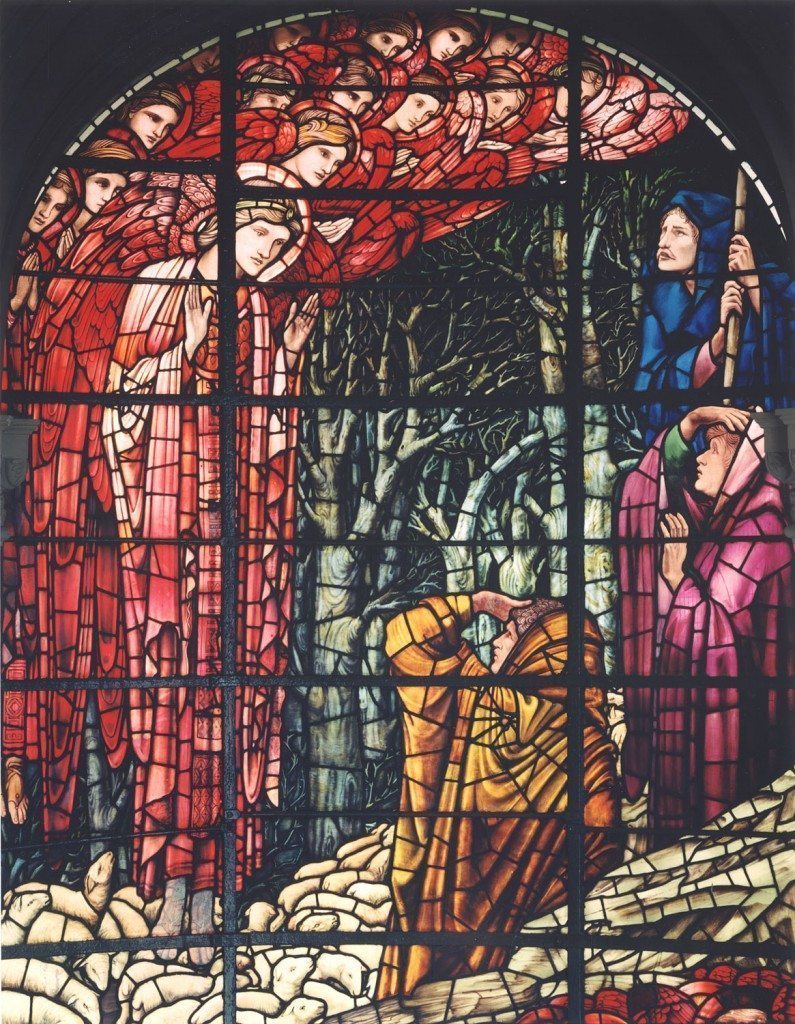 Set against a winter scene of grey, skeletal trees and a black sky, the upper part of the window depicts a mass of angels with red wings. They illuminate the nocturnal scene and observe three shepherds who are guarding a flock of sheep. The most prominent angel greets the men. The two shepherds in the foreground, wearing yellow and purple robes, gaze at the angels and shade their eyes from the light. A third man wearing blue, the oldest of the three shepherds, grasps his staff and looks intently at the angels.