Home·Browse·St Philip’s, Birmingham: the Interior and Ascension of Christ 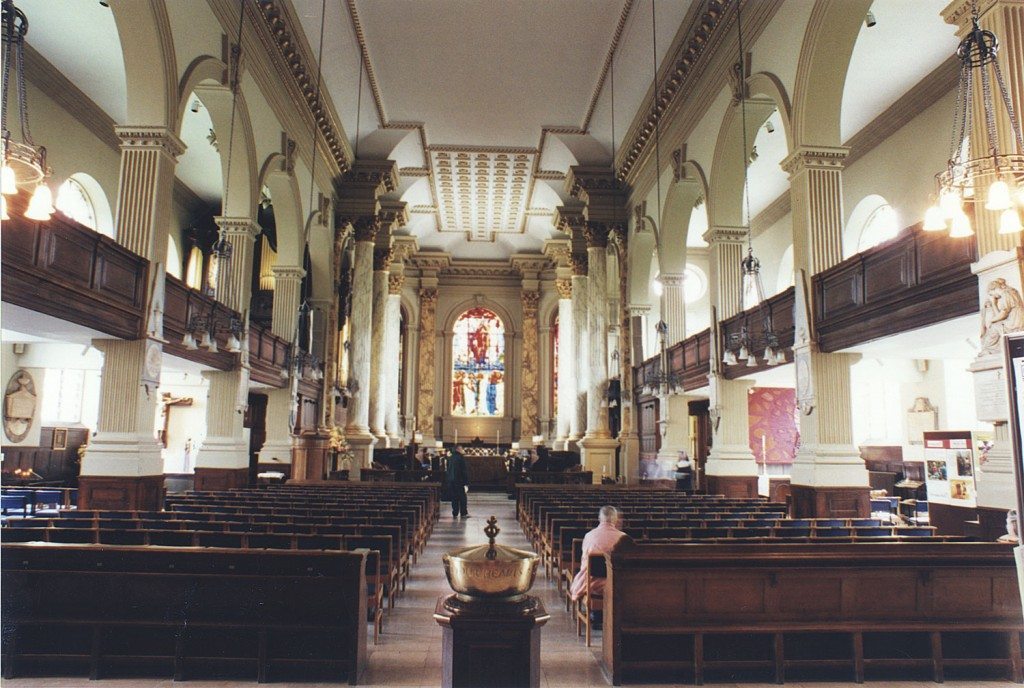 This view of the interior of the Church looks eastwards towards the chancel. The window above the altar depicts the Ascension of Christ, one of three stained-glass windows designed by Edward Coley Burne-Jones. The Ascension was the first to be installed in the chancel. The other two were the Nativity and Crucifixion.

The cost of the three windows was borne by Miss Emma Chadwick Villers Wilkes, who died in 1891, the daughter of Edward Villers Wilkes, a successful manufacturer of copper, brass and pewter goods in Moor Street, Birmingham who died in 1835.  She was a devout Anglican and attended services at St Philip’s regularly. The family are recorded in monuments inside and outside the church.

The architect, J A Chatwin extended the chancel of the Church, redesigned part of the interior and created a semi-circular apse. Burne-Jones received £200 for each of his designs. His account book records that the work on the Ascension involved “much physical fatigue in addition to mental weariness” and he regretted “the flagrantly inadequate sum by way of payment.” His disappointment did not last. When he visited St Philip’s in 1885, he was struck with admiration for his own work and was determined to produce two other windows “worthy of my former achievement…”