Home·Browse·The Organisation of the Birmingham Workforce 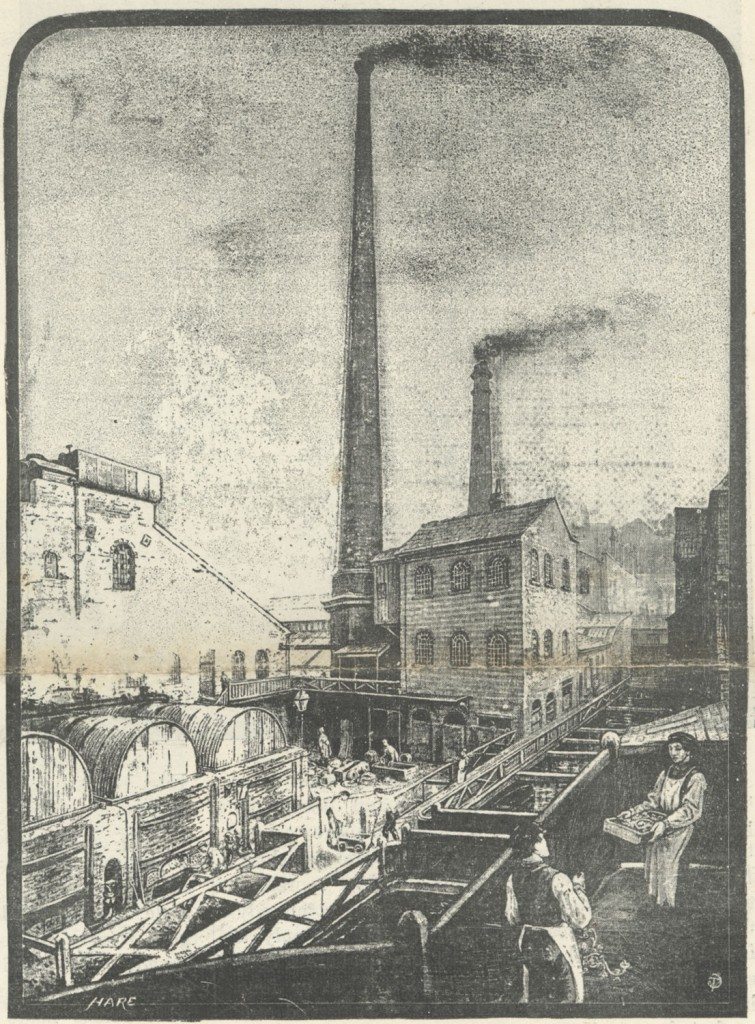 Image: The Works of Messrs R W Winfield and Co. in 1887 from “The Homes of our Metal Manufactures. Messrs R W Winfield and Co’s Cambridge Street Works & Rolling Mills, Birmingham”, Martineau & Smith’s Hardware Trade Journal (Jan 31, 1887, p 9). The works were founded in 1829 and were described in the article as “a model manufactory and for completeness, extent, and good order it would perhaps be difficult, if not impossible to find any large industrial establishment to surpass it.”

By the mid 19th century, the typical workshop employed 20 or 30 men, whilst the Birmingham Brass Houses had just over 100 men each with the exception of R W Winfield with 100 in 1835 and 700 by 1860. The late 19th century brass industry comprised some nine divisions, although there was some overlap, with some manufacturers producing a wide range of goods. The divisions can be broken down as casting, cabinet, bell and general brass foundry, cock-making and plumbers brass foundry, stamped work, rolled brass, wire and sheathing, tube manufacture, lamp-making, gas and electrical fittings and naval brass foundry. Ironically, the infinite numbers of brass items required for any ocean-going vessel were made in Birmingham – probably the farthest town away from the English coast!

Generally speaking, in the foundries the workforce was divided into gangs and chargehands sub-contracted their own group. A head brass-caster would usually have between eight and ten people working for him and they would produce castings at an agreed price per hundredweight (cwt) with deductions for the use of the sandmill. As power lathes and other machines replaced the foot-treddle lathes and hand-tools, the contractor could, and usually did, make deductions to cover the cost of the power used. He then paid the chargehand who, in turn, paid his workers – often in the form of day wages. Occasionally, the chargehand was forced into ‘blind piecework’. This occurred when the contractor/master fixed the total price for the work and not just the parts being carried out by a particular group of workers. This could result in the chargehand being in debt to his contractor on completion of the job. Although the system of blind piecework was abolished by an Act of Parliament in 1901 it did not come into force in the brass trade until 1907.

During the 19th century, stamping and piercing, such as in the manufacture of buttons, medals and ornamental work became increasingly mechanised, which resulted in a larger female workforce. These unskilled jobs generally paid significantly less than others in the trade. The Registrar General’s Report to the 1851 census showed that there were 1,781 women employed in the trade, with the 1861 census indicating an increase to 2,119. At the turn of the 20th century Edward Cadbury, of the Bournville chocolate manufacturing family, examined women’s work and wages and published his findings. Apart from the bedstead trade some 31 different types of brass work is listed with wages varying from 30s (£1.50p) per week down to 3s 6d (17p) for the female employees.