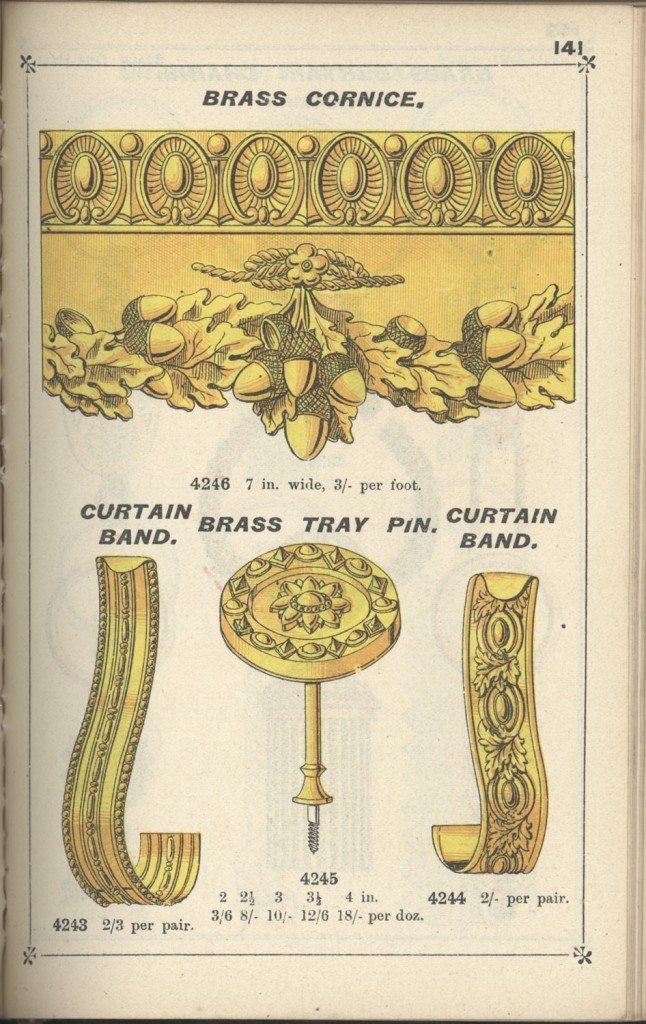 Image: Brassfounders’ Arms and Motto from the Quarterly Journal of the National Brass and Metal Mechanics.

The Brass Workers Union was founded in 1872, its first secretary being W J Davis, who remained close to the union until his death, despite breaks when he was a factory inspector in Sheffield and a politician.  There were other unions associated with the brass trade, some of which were short-lived and whilst others became part of the Amalgamated Association of Brassfounders, Turners, Fitters, Finishers and Coppersmiths.  Some 20th century executive committee and other minutes have been deposited at The Modern Records Centre at Warwick University but these are unlikely to contain any biographical information for individual members.  Annual reports of the Fender and Fire Brasses Manufacturers Association for the late 19th century contain information about wages, safety and reports from member companies. These can be found in the Local Studies and History Service at Birmingham Central Library, together with biographies of some local brass manufacturers and general histories of the brass trade.