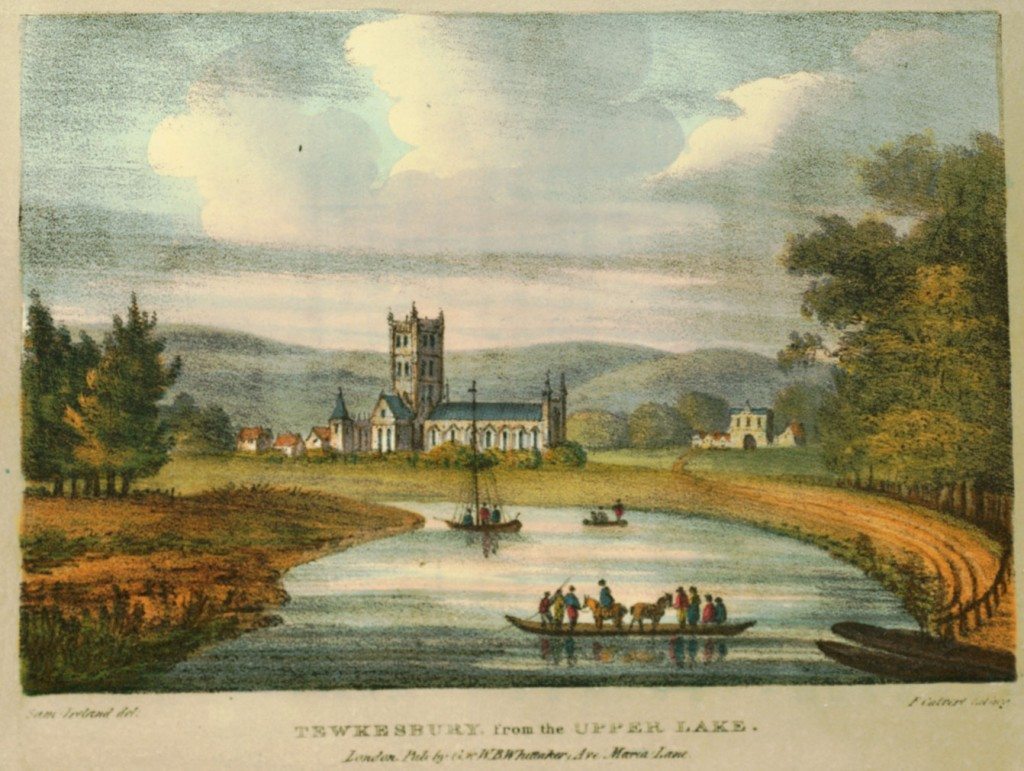 “By the tortuous windings of the Severn, the large, respectable, and populous town of Tewkesbury is about seven miles south-east from Upton, and thirteen or fourteen miles northeast from Gloucester…It is delightfully situated in the vale of Evesham, on the eastern side of the Upper or Warwickshire Avon, near the confluence of that river with the Severn, and between the Carron and Swilgate streams, which flow into the Avon; the former above, and the latter a little below the town. Thus nearly surrounded by water, it is entered from different points by three bridges; the chief of which, over the Avon, from the Mythe to Tewkesbury Quay, was constructed of iron in the autumn of the year 1822….At present, the manufacture of nails, of cotton stockings, and the business of malting, are the chief sources of wealth and employment, in this town.”

« Previous in this sectionNext in this section »
People: Browse
Place: Tewkesbury
Image creators: Image from Thomas Harral, Picturesque Views of the Severn, 1824.
Image courtesy of: Shropshire Records and Research