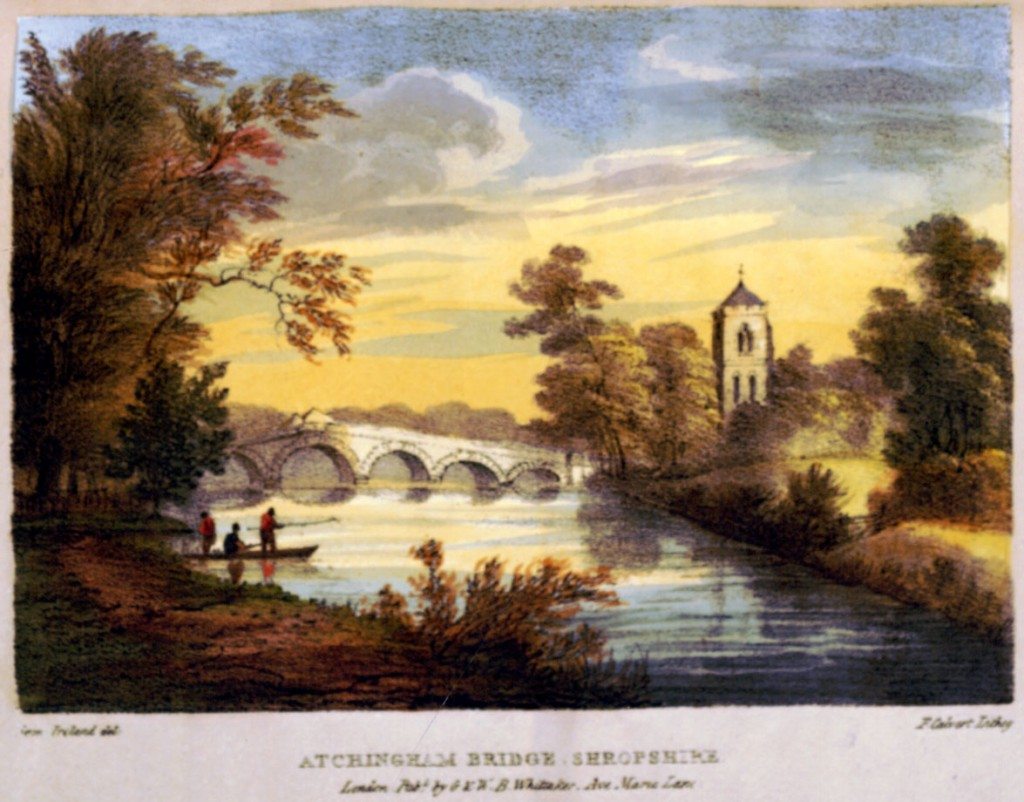 Image: Atcham Bridge, Shropshire. Another important design by John Gwynn, Atcham Bridge was not only a distinguished crossing of the Severn, but another route assisting the expansion of the Shropshire economy.

“The first place which the Severn reaches, after leaving Shrewsbury, is the pleasant village of Uffington, on its left or north-eastern bank. The river, here, is very shallow: in dry seasons it is sometimes not more than a foot in depth.

At Preston Boats, about a mile and a half below Uffington, a stratum of coal crosses the river. In different parts of the stream, during the summer months, the fishermen obtain large quantities of coal…which proves very serviceable to the malsters and brickmakers of the neighbourhood. The mode of procuring this coal is by raising the bed of the river; an object which is effected by means of a stout iron hoop, fixed at the end of a pole, with a small net appended. From the material thus raised, the sand I rushed away, and the net retains nothing but coal, in pieces chiefly of the size of small pebbles.

Atcham Bridge on the London road, crosses the Severn at the distance of four miles south-east of Shrewsbury. The old bridge thus mentioned was erected in the reign of Edward VI at the sole expense of Sir Rowland Hill…. Close to where the old bridge stood is the present structure; a plain neat bridge of stone, consisting of seven arches, and completed in the year 1776, from a design by Mr Gwyn (sic).”

« Previous in this sectionNext in this section »
People: Browse
Place: Shropshire
Image creators: Image from Thomas Harral, Picturesque Views of the Severn, 1824.
Image courtesy of: Shropshire Records and Research