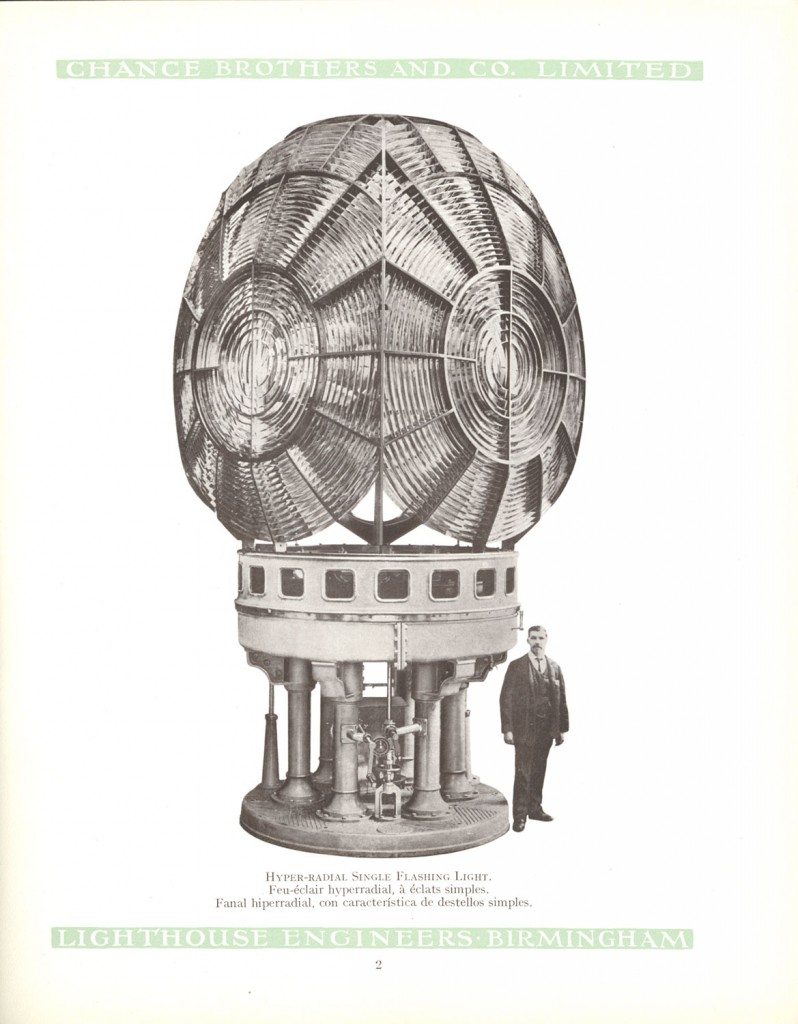 It is difficult to determine when glass itself was first made. For many centuries, churches and monasteries were the only buildings to have their windows glazed. Private houses had either oil-paper or wooden lattices covering window spaces. The manufacture of crown glass, reputedly first produced in Britain at Crutched Friars in London, in 15571, literally let light into people’s homes. This bullion glass which was cut from blown globes of glass survived in Britain longer than on the continent.

In the early 19th century, a new method, the cylinder process, was developed in Europe. In Britain four companies adopted this process, Chances of Smethwick, Pilkingtons (originally Greenall and Pilkington) of St. Helens, Hartleys of Sunderland and Cooksons of Newcastle. In 1832 Chance Brothers of Spon Lane, Smethwick. were the first to adopt the cylinder method and produce sheet glass. They overtook their rivals and became the main producer of window glass in Great Britain.

Chance Brothers was a family business for six generations. The founder was Robert Lucas Chance, who purchased an existing glass making company in Spon Lane Smethwick in 1824. With his driving force and business acumen he established the largest enterprise in Great Britain for the manufacture of plate and window glass, lighthouse lenses and optical glasses.

It was the founder’s nephew James Timmins Chance, whose ingenuity in mechanising the glass-making process gave the firm their pre-eminent position. The firm glazed the Crystal Palace and Houses of Parliament, made the white glass for the four faces of Big Ben and created ornamental windows for the White House in America. Chances manufactured stained glass windows, ornamental lamp shades, microscope glass slides, painted glassware and the lenses, lights and machinery for lighthouses around the world. Chances even perfected the first optical lenses to block the harmful ultra-violet rays of the sun.

Elihu Burritt summarised the scope of glass production at Chance Brothers: “In no other establishment in the world can one get such a full idea of the infinite uses which glass is made to serve as in these immense works”2

Next in this section »
People: Browse
Time: 1830 and after
Place: Smethwick
Browse: Glass Trade

Description of the Glassworks Sources and Further Reading Archive collection of Chance Brothers and Co. I.M&S Centre, St Helens. Pilkington Glass. Chance Family Archives. Private Collection. Burritt, Elihu, Walks in the Black Country and its Green Borderlands (Kineton, Roundwood Press, 1868). Chance James Frederick, Chance of Bromsgrove and of Birmingham and the allied families of Lucas and Homer (Private Publication for Chance Bros. & Co. London, Spottiswoode, Ballantyme, 1904). Chance, James Frederick, A History of the Firm of Chance Brothers and Co. Glass and Alkali Manufacturers (London, Spotiswoode, Ballantyne and Co Ltd, 1919). Chance, James Frederick, The lighthouse work of Sir James Chance, Baronet (London, Smith Elder, 1902). Chance Brothers & Co., Limited, 100 Years of British Glass Making 1824-1924(Smethwick and Glasgow, Chance Brothers & Co., 1924). Chance Brothers and Co., Typical Illustrations of the Lighthouse Work of Chance Brothers and Co. Limited Birmingham (Birmingham, 1919). The Committee of General Literature and Education, The Useful Arts and Manufactures of Great Britain, Volume 1 (London, The Society for Promoting Christian Knowledge, c.1840). Talbot, F, Messrs. Chance’s Schools, Smethwick. A Sketch of Their History From 1845 to 1887 (Private Publication for Chance Family, West Bromwich, Joseph Bates, 1887).
Most read
Chronology of principal events that occurred during the Industrial Revolution in the West Midlands. Significant places in the historic counties of Derbyshire, Herefordshire, Shropshire, Staffordshire, Worcestershire and Warwickshire during the Industrial Revolution. Industrialists, engineers, artists, thinkers and writers who contributed to the Industrial Enlightenment, technology, art, culture, religion and politics. Explorations of industries and innovations; landscapes and localities; art and architecture; culture and diversity; and the place of the West Midlands in the contemporary world.
Revolutionary Players was developed between 2002 and 2004 and financed by the New Opportunities Fund. Revolutionary Players was created by Dr Malcolm Dick & Dr Kate Iles and managed by Birmingham Museums until 2015. Revolutionary Players is now published and funded by History West Midlands.