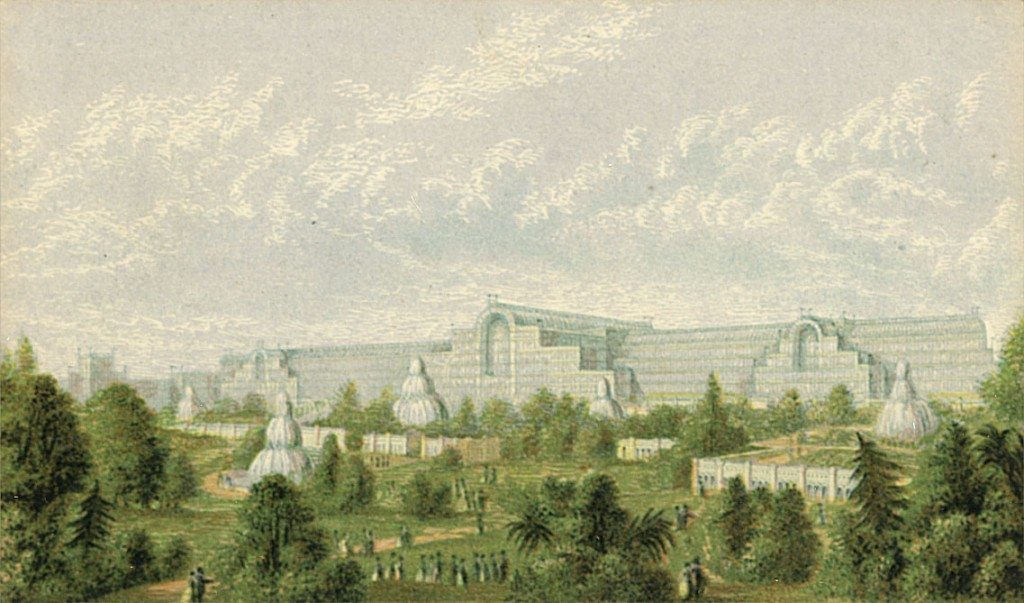 One of the greatest achievements of Chance Brothers was to supply the glass used to glaze Joseph Paxton’s Crystal Palace for the Great Exhibition of 1851 in London’s Hyde Park, London. The firm had already supplied the glass for Paxton’s famous glasshouse at Chatsworth and they tendered for the new contract. Lucas, the firm’s founder sent his son Robert and the leading French glassblower, Stengre, to Rive-de-Gier to secure the services of more expert workmen.  Reaching Lyons on July 25 1850, they were able to engage thirteen blowers. When news reached Robert junior and Stengre that the tender had been accepted and that extra labour was required they extended their recruitment drive and secured the services of thirty blowers and flatteners.  The first eight of those engaged arrived at Spon Lane in Stengre’s charge on August 8 and were set to work immediately.

All the furnaces had to be worked at extra pressure.  The Spon Lane works hummed with activity because the company still maintained their ordinary output.  In a few weeks more than a million square feet of glass in panes measuring 49 by 10 inches were produced. In January 1851, 63,000 panes of glass were turned out in just one fortnight.  This was indeed a fantastic feat as glass had to be blown into a cylinder, then split, flattened, annealed, skimmed, ground, polished and cut to size.