Home·Browse·Relations between Workers and the Company 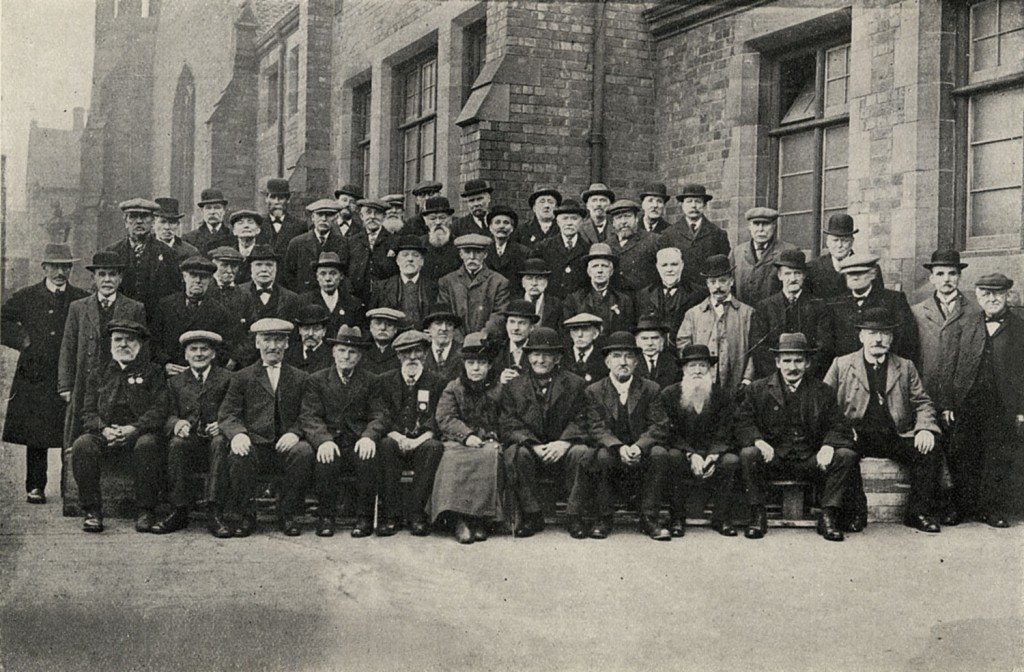 Image: Group of Long-serving medallists at Chance Brothers, Smethwick (1916). Each member of the group had been in the service of the company for at least 50 years

The contract to glaze the Crystal Palace gave the company a sound financial base.   This had not always been the case. Lucas had to call on his own brother to add funds to the firm in the early 1830s.  After the repeal of the tax on glass in 1845 increased funding was required by Chances to extend glass production.  One way of acquiring extra funds was to cut the rate of pay of the workforce. A request was sent to the workers in July 1847 to ask them to reduce their rates, which had been agreed with their trade union in the previous year.  Their reply, which is reproduced below, not only highlights the polite correspondence between the workers and the owners but also features the number of literate workmen: only 11 out of the 49 signatories signed their name with an X. In over 125 years of glass production the workers never came out on strike at Chance Brothers.  Areas of dispute and disagreement were resolved by dialogue and conciliation.

We have called a meeting together today according to your request and we hereby beg to state that the undermentioned, and subsequent to their most serious consideration too, what with the high price of provisions  – we really cannot with justice to ourselves and our families as respects our comforts at home – but adhere too and maintain our present prices according to our agreement as specified in the same, and which agreement we considered quite reciprocal between master and servants.  Could we meet your views we certainly should have been glad to do so, but really when you come to consider our objection as laid down we feel assur’d that you will as rational gentlemen consider our determination reasonable.