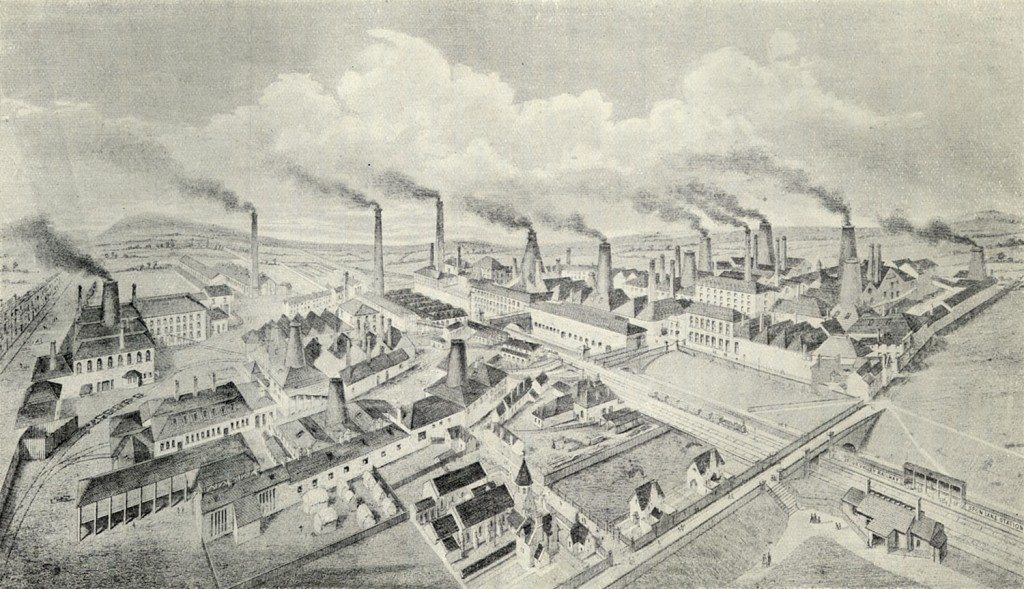 Image: View of Chance Brothers Glassworks, Smethwick (1857) from a print. James Frederick Chance, A History of the Firm of Chance Brothers and Co. Glass and Alkali Manufacturers (London, Spotiswoode, Ballantyne and Co Ltd, 1919).

In 1835 Robert Lucas Chance wrote a detailed description of the site of the glassworks, when hoping to raise further capital from investors.

The premises consist of a large mansion and pleasure grounds, a House for an under Manager, about 40 cottages for the Workmen.  One single and two double crown Houses, capable of working from ten to twelve thousand tables per week.  One House for working German sheet glass and shades.  Lead chambers, and alkali works, in which about 25 tons of soda can be made per week.  Carpenter’s shop, a smith’s shop on an extensive scale.  Engines for grinding materials, &c. Gas apparatus, Warehouses, cutting rooms, pot rooms, &c., upon a very extensive scale. The premises occupy 12 or 14 acres of ground, which is Freehold and is bounded and intersected by the Birmingham Canal, both on the upper and lower level.