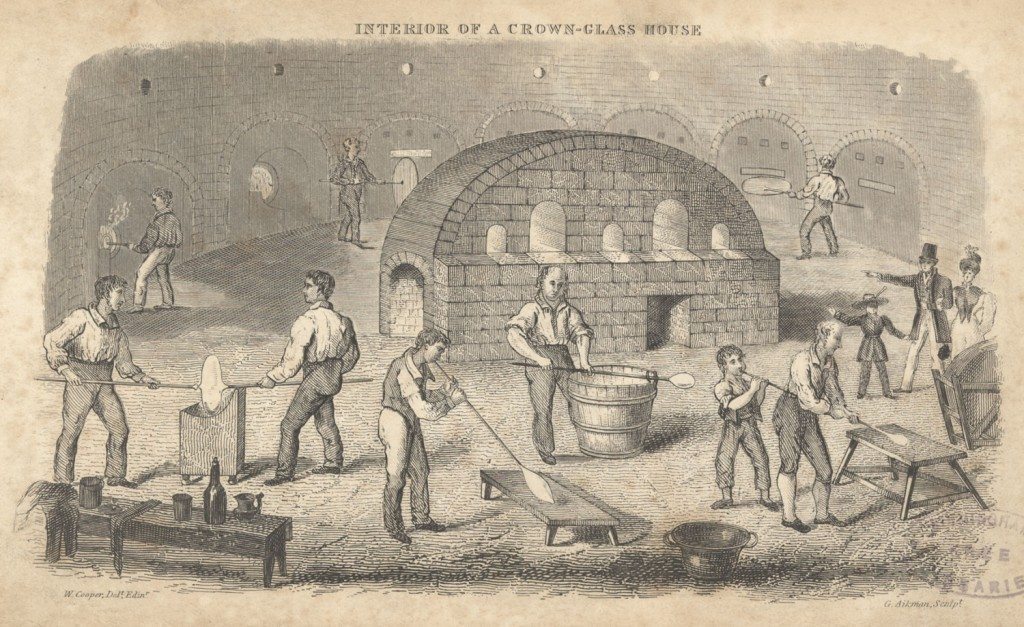 In early 19th century Britain, crown glass was used for glazing windows, but on the continent sheet or plate glass was manufactured. Robert Lucas Chance visited France, Belgium and Germany and investigated new ways of producing window glass. He visited Georges Bontemps, the leading expert in glass manufacture who had his own glassworks at Choisy-le Roi, near Paris. Bontemps had succeeded in reproducing the brilliant ruby glass of the ancients and had founded a school specialising in the art of painting windows.  A friendship was formed between the two businessmen and Bontemps help was invaluable when Lucas decided to produce sheet glass at Spon Lane.  Bontemps helped to recruit French and Belgian glass blowers to work in Smethwick and teach local glass blowers to blow their globes of molten glass into cylinders rather than spheres. In August 1832 sheet glass production began in No.2 glasshouse, which from that time was described as the French house. It was many years before any of Chance’s competitors began their own production of sheet glass.