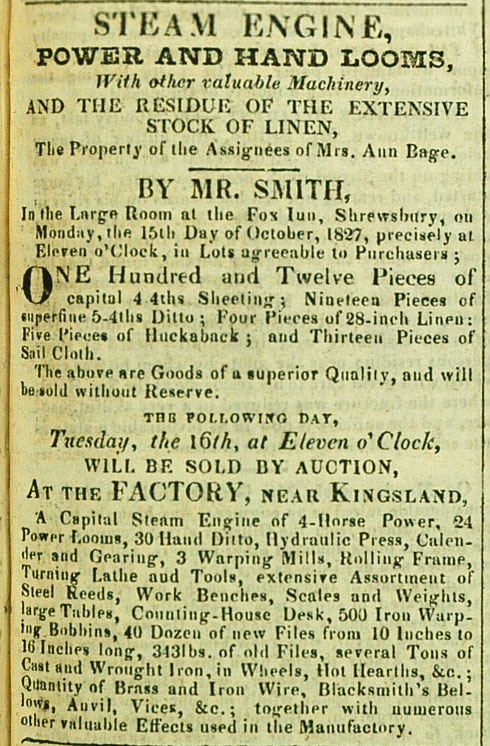 Image: Sales Particulars for the contents of Kingsland Linen Mill from a Shrewsbury newspaper advert 5 October 1827.

After Bage left his partnership with the Benyons in 1815, he built a new smaller steam-powered factory to weave linen cloth at Kingsland in Shrewsbury. The mill was a single-storey structure and employed up to 70 workers. It was built of brick and may not have used the iron-framed construction which Bage applied at Ditherington and Castlefields. As it was a single storey building, an iron fire proof construction was not necessary to support upper floors. Bage tried to develop a power loom for weaving linen. He wrote to Strutt: “Being no longer a spinner, and having little else to do, I have been constructing a loom on a plan quite new, and am about to try it with four horse power. Linen has not been advantageously wove with by power looms, and having the weakness of other projectors, I flatter myself I shall succeed better.”  He did not succeed in producing a viable power loom.