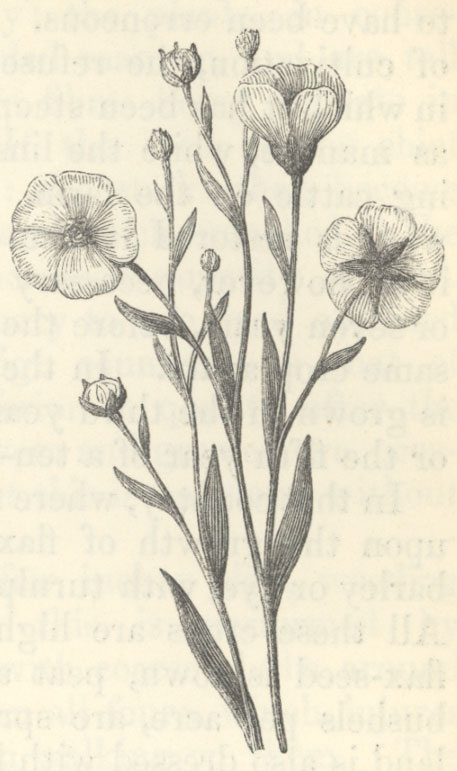 Linen cloth is produced from the fibres of a plant, flax. Flax spinning and the weaving of woollen cloth developed as an industry in the Middle East in ancient times. Flax was grown across the world and by the late eighteenth century its cultivation was widespread in the Netherlands, France, Russia and Prussia. After harvesting, the crop was rippled where flax was drawn through the teeth of a comb to remove the bolls or seed-heads from the stalks. The bolls could then be used for cattle feed.

The next stage was steeping or retting to enable the fibrous bark to be separated from the woody portion of the stem. The stalks were soaked in water and after eight to twelve days, the flax was removed and dried.

After these preparatory activities which were performed where the flax was grown, the raw flax was processed prior to spinning. By the late eighteenth century, flax mills were conducting a lot of the work, often at some distance from the place of origin of the crop itself. Examples included John Marshall’s factories in Leeds and the Ditherington Mill of  Marshall, Benyon and Bage.