Home·People·Bage, Charles·Bill for the supply of liquor from Charles Bage to Lord Clive 1792 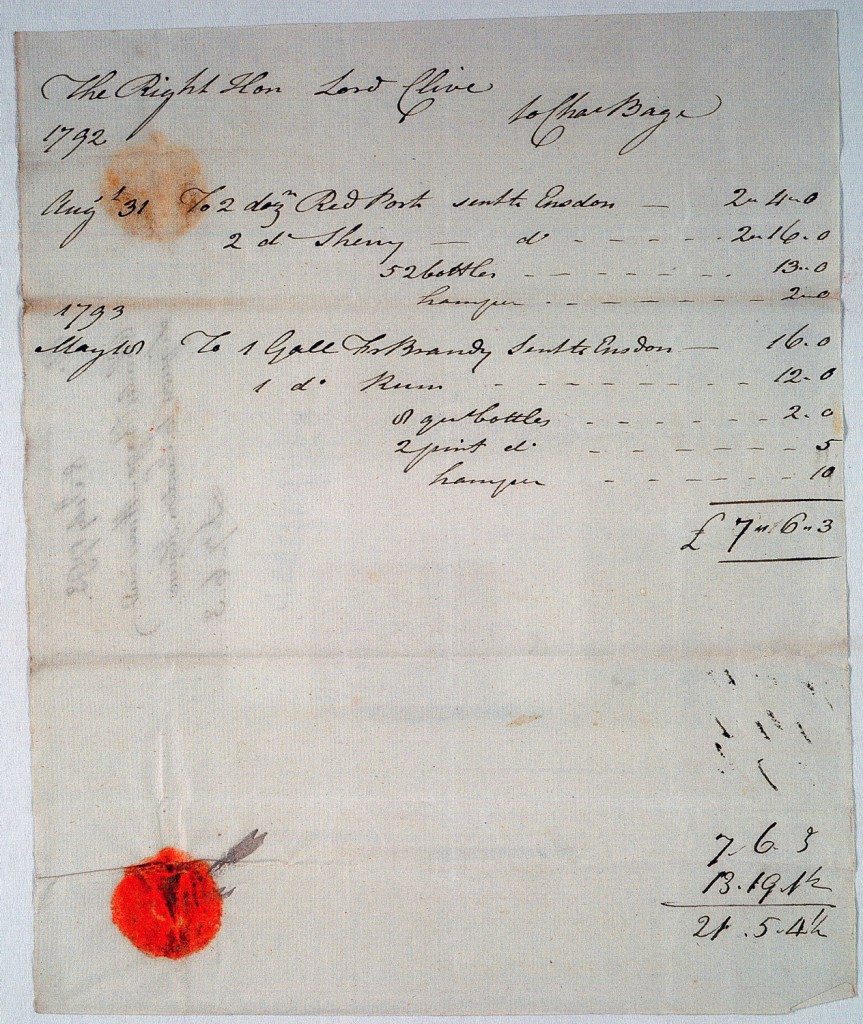 Image: Bill for the supply of liquor from Charles Bage to Lord Clive 1792.

Charles Bage was born in Derby in 1751, the son of Robert Bage (1730-1801), the manager of a local paper mill and his wife, Elizabeth. Shortly after Charles birth, the family moved to Elford near Lichfield in Staffordshire. Robert Bage established a paper mill in Elford, became a close friend of Erasmus Darwin and a partner with Darwin, Samuel Garbett and John Barker in an iron works at Wychnor, near Lichfield from 1764 until 1781. The ironworks was not successful and all partners lost a lot of money. Robert Bage became a successful novelist.7 Nevertheless, the close involvement of the Bage family in a works that tried to produce high quality iron probably involved and influenced Charles Bage. Throughout his life, he was interested in the application of technology including the use of iron in construction and gas in lighting. Charles was also a close friend of Robert Waring Darwin, the son of Erasmus Darwin and father of Charles Darwin. He retained a deep respect for Erasmus Darwin. .8 Charles Bage and Robert Darwin lived in Shrewsbury as adults where the latter had a medical practice.

In 1776, Charles Bage was living in Shrewsbury and by the 1780s he was a wine merchant in the town. 9 In 1793 he was a liquor merchant in Pride Hill and had an account with Lord Clive.10 He also worked as a surveyor and it was presumably in this capacity that he came to the notice of John Marshall and the Benyon brothers as a potential colleague in their scheme to build a new factory.