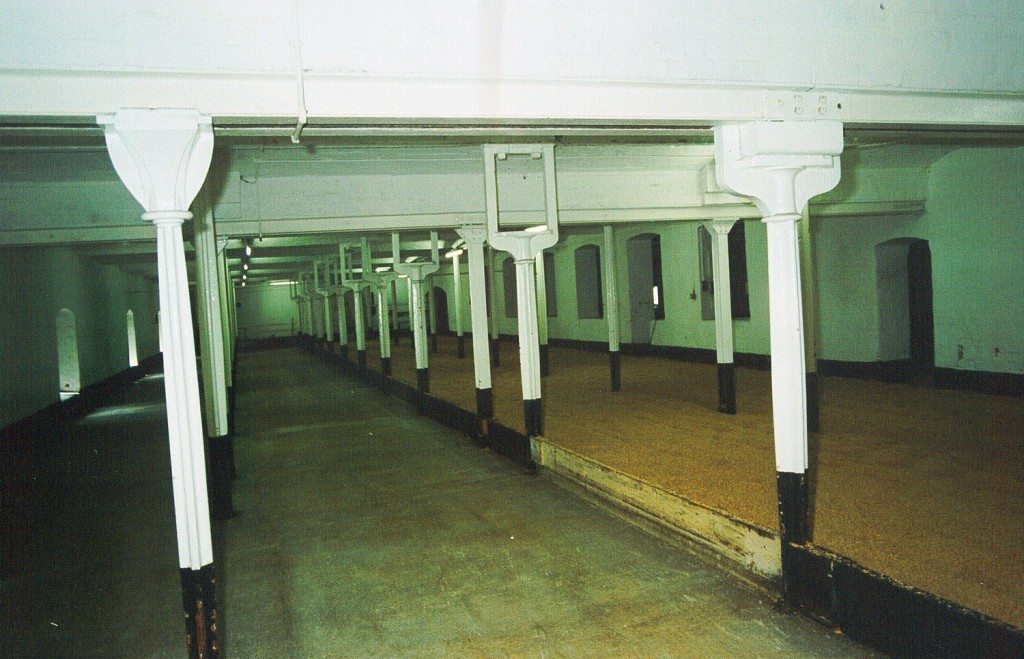 Image: Ditherington Mill. Three lines of cast-iron columns run along each floor, supporting cast-iron beams. Each beam is cast in two halves which are bolted together through heavy flanges.

Charles Bage’s Ditherington Mill was expensive to build. Marshall, Benyon and Bage invested £17,000 in buildings and equipment before 1804.  It was also huge. The main mill had five floors including an attic and had a working area of 2,880 square metres. Its cast-iron construction was its most important feature. A number of extensions and new buildings were added in the early nineteenth-century, including a flax warehouse, two apprentice houses and a blacksmith’s shop. It was an important part of Shrewsbury’s physical, economic and social landscape. One writer announced:

“In the Year 1796, a considerable manufactory of linen was established at the end of the suburb called Castle-Foregate, by Messrs Benyon and Bage, of this place and Mr Marshall of Leeds. This has already attained to great perfection under the spirited and skilful management of these gentlemen, who are entitled to just praise for their humane and judicial attention to the health and morals of the numerous young persons they employ. The buildings are very extensive, and are secured from the ravages of fire by the exclusion of timber from almost every part of their construction, the roofs and floors are supported on brick vaults, the window frames, and all other parts where wood is used in building are here of cast-iron. The machinery, which is of wonderful contrivance, is worked by two steam engines.”