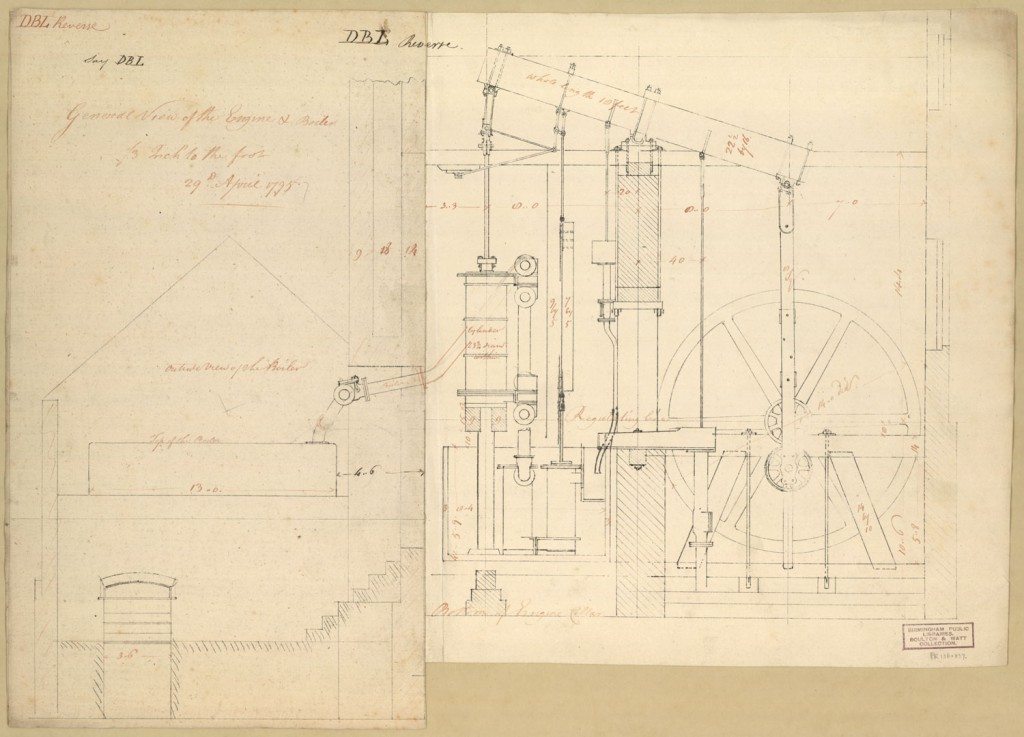 In May 1796, John Marshall and the Benyon brothers told Boulton & Watt near Birmingham that they would need a steam engine by February 1797. They built the Soho Foundry in Smethwick in 1795 especially to build steam engines. Delays affected the delivery time, but in June 1797 an engine was sent to Shrewsbury by canal and the River Severn via Stourport. The engine was erected on site by John Varley and by November it was operating.  Engineering drawings survive in the Boulton and Watt papers in Birmingham City Archives which give its dimensions.