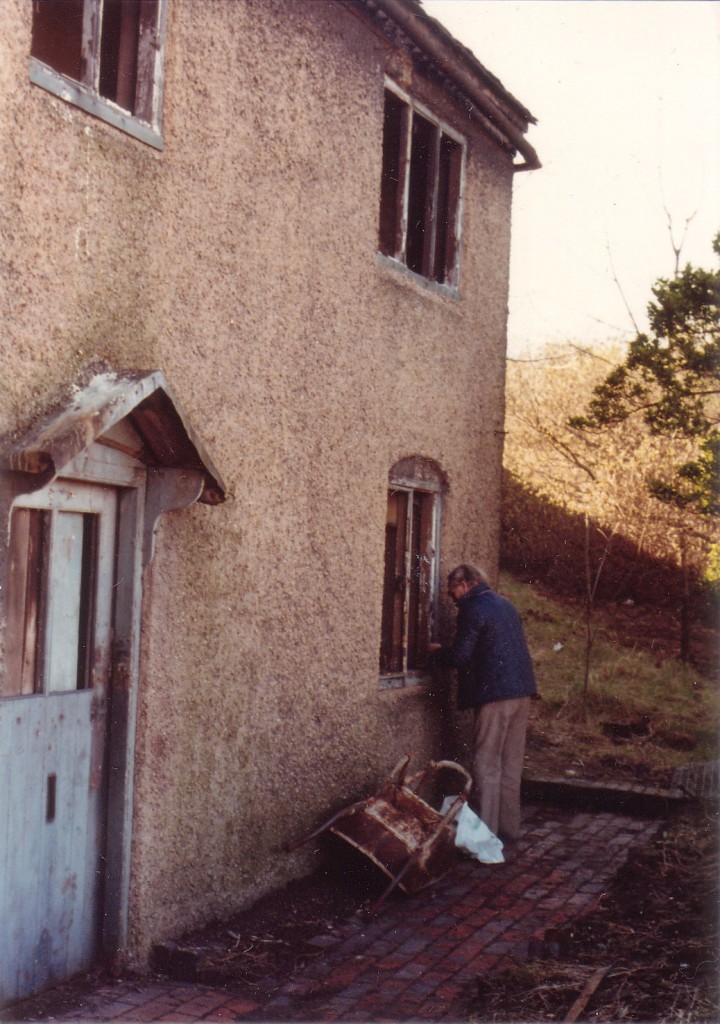 Image: House on Mount Skipet, Kidderminster. This photograph shows a house before restoration in the 1980s which was occupied by a weaver in the mid-18th century, possibly by John Tanner or William Foster who are mentioned in a document of 1758.

In 1749 further developments took place, thanks to the entrepreneurial spirit of John Broom, then a leading stuff manufacturer. There are several versions of how he achieved this and it is difficult to prove any of them with a 100% certainty but all have more than a hint of industrial sabotage. He travelled to Brussels, Tournai, or Wilton and returned with both the plans for a new type of loom, the Brussels loom, and immigrant workers, settling them in the Mount Skipet area of the town. Whatever the truth of these stories, Pococke, a traveller, in 1751, noted that Kidderminster was now making carpets “the same as Wilton”3.