Home·Browse·Kidderminster in the mid 19th Century 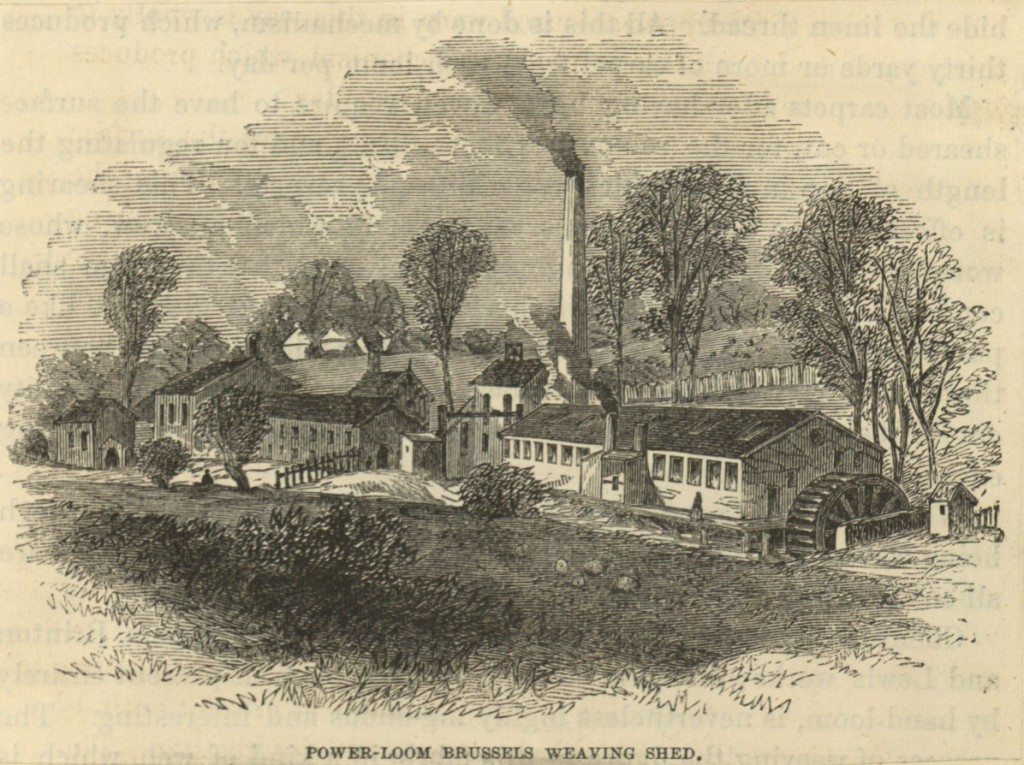 Image: An image of a Kidderminster Factory showing evidence of the application of both waterpower and steam power in the weaving process. Mid 19th century. R W Boodle, Worcestershire Scrap Book, vol. II (1903).

In the 1830s new industrial processes, Tapestry warp printing and Chenille Axminster weaving were introduced in Kidderminster. The carpet industry expanded and by 1851 the town had a population of 17,000. The application of steam power was slow, partly because of the availability of water power for spinning and the persistence of handlooms in weaving. The creation of the Stour Vale Mill Company in 1855 which was financed by Lord Ward enabled small companies to link their spinning machines and looms to a large steam engine. A combination of the power loom and the increasing use of female labour led to male unemployment, increased trade union activity and strikes.