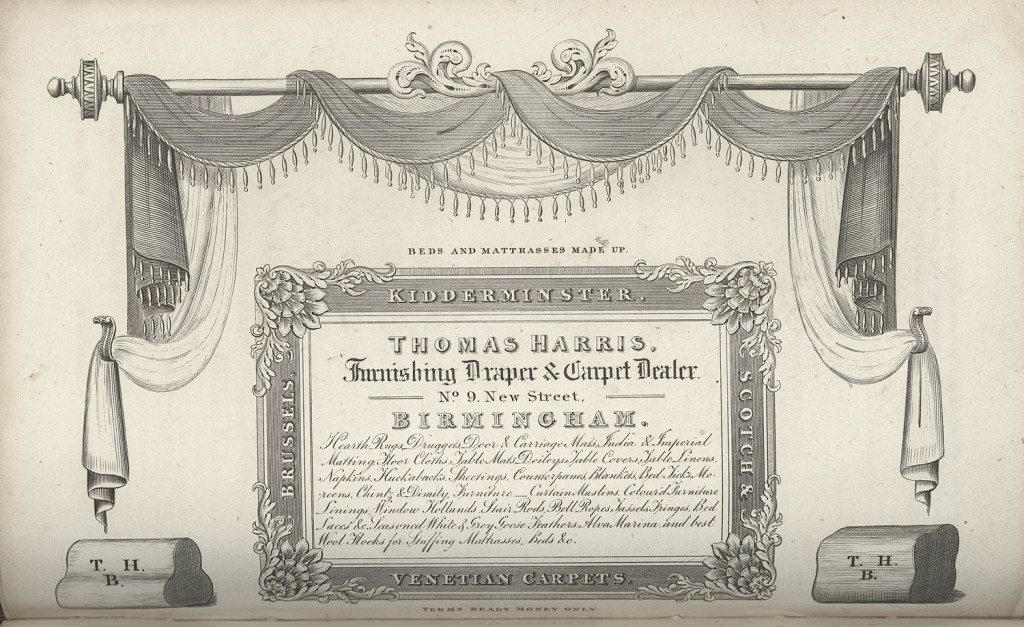 Good transport links enabled Kidderminster carpets to be sold regionally in Birmingham, elsewhere in the West Midlands and Britain and overseas. Transportation was improved with the arrival of canals in the late 1770s. By 1789 a route to London by canal had been opened up and this had a great effect on the volume of trade with the capital. By 1800 most of the carpet manufacturers had both agents and warehouses in London, many of them operated by family members. Family members often started their careers as travelling agents for the family firm, securing orders. Henry Brinton started his career in this way in 1816, travelling firstly to Ireland.

By the early 19th century, foreign exports had become vital in the growth of the carpet trade. In 1809, Henry Woodward and Company of Church Street was commissioned to carpet the Blue Room, now known as the Oval Office, in the White House. Kidderminster manufacturers were amongst those who campaigned vigorously for the removal of the Orders in Council, originally introduced to cut-off trade with Napoleon by the British Government, but thought by many to have a detrimental effect on trade with America. In the case of the Kidderminster carpet industry, this was not necessarily so, America accounted for only 10% of their trade, but an accurate picture of the extent of commerce with any one area was impossible as a lot of business was conducted through middle-men.