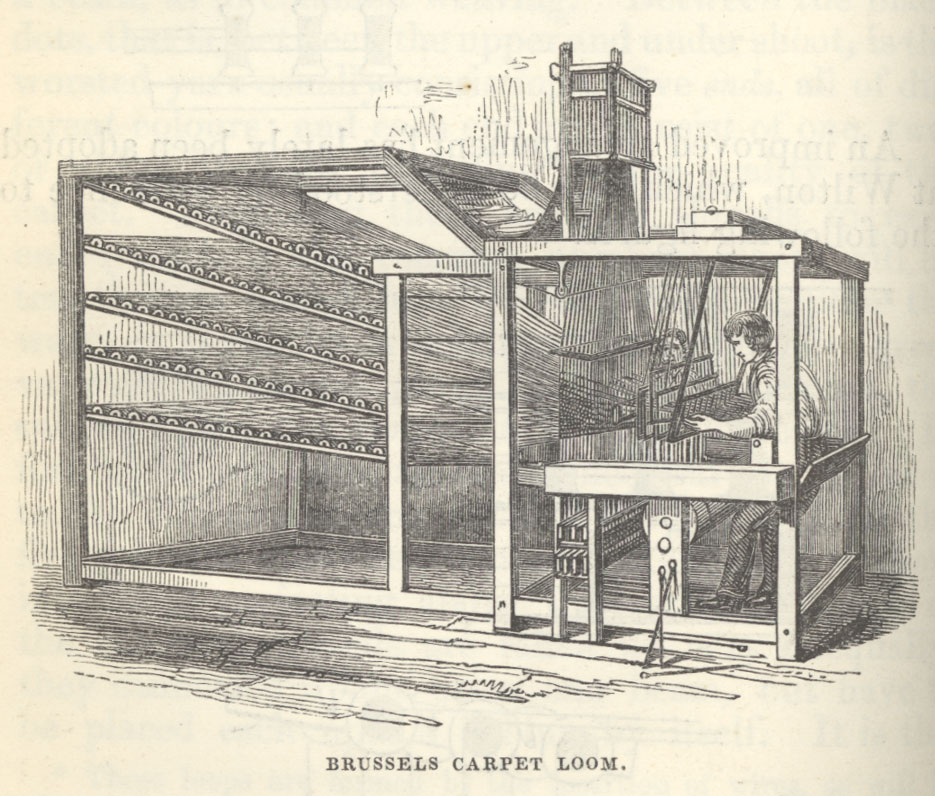 Image: Brussels Carpet Loom. This machine was too large to be used by weavers in their homes. The Useful Arts and Manufacturers of Great Britain of Great Britain Vol. II (London, SPCK, 1846?)

The Brussels loom, which replaced the Scotch loom, was described in 1828 as “the greatest piece of machinery he had ever seen” by John Gast, the London trade unionist. Although he undoubtedly had his own reasons for exaggerating at this time, there is no doubting the complexity of the machine and the dexterity and skill required to operate it. The most concise description of the process comes from somebody who was probably a former weaver.

“The box of bowls was fixed on the top of the loom framing; the tail went from the box horizontally some distance over the right hand of the loom; the neck and harness descended immediately from the box of bowls and the simple cords were attached to the tail cords, just outside the right of the loom, and fastened to the ground at the bottom end. There were 1300 of these simple cords, and it was by grasping with the hand and drawing down selections of them that the desired colours were raised by the neck and harness for producing the pattern”.