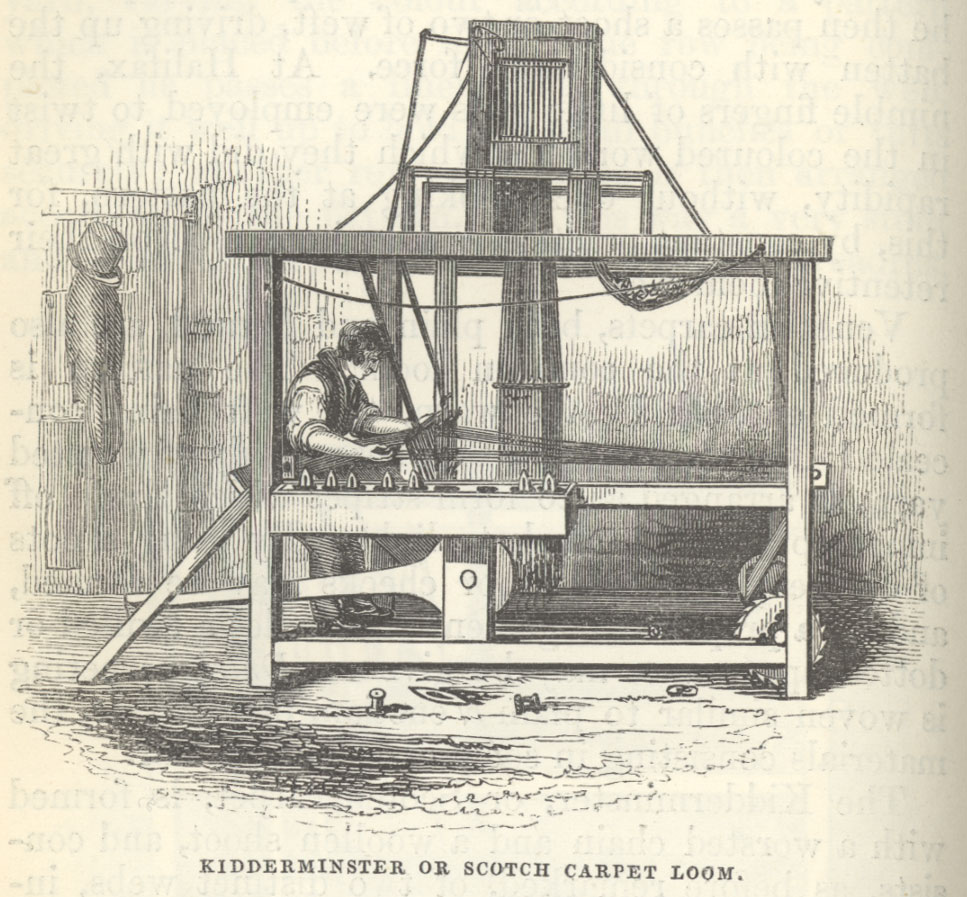 Improvements were constantly being made to the hand loom throughout the hundred years or so prior to the 1830s. The first loom to be introduced was known as the Scotch loom and was relatively simple in design compared to later developments. It consisted mainly of four pieces- two long planks of wood and two thick rollers or beams. The latter were suspended across upright planks, one at the top and one at the bottom. Grooves in the ends of the warp, which were divided into parcels of ten threads, were used to keep the threads perpendicular. The whole process was later simplified by a barrel attachment. Carpets woven on this type of loom were actually two-ply patterned cloths joined together in the weaving process. The pattern appeared on both sides and so the carpet was reversible.