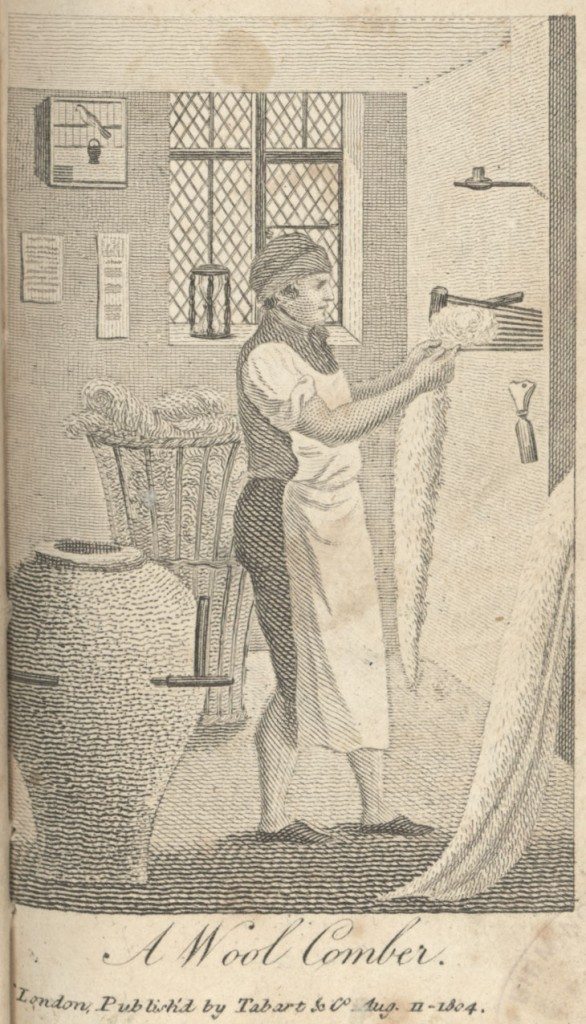 Image: Carpet Weaver. N Whittock et al, The Complete Book of Trades (London, Marshall and Co., 1837). The image shows the type of handloom for carpet making which was used before the advent of technological change and the factory system

Carpet weaving was originally conducted in the homes of independent weavers, who employed either apprentices or draw-boys and girls to help them. It was possible to weave carpets in several smaller pieces and therefore weaving could take place both in the smaller homes of the individual weavers as well as in larger factory buildings. Factory owners also wished to retain control over the patterns, quality control and any petty pilfering, which was a common problem.

Conditions were hard for all except the factory owners, who moved into large homes on the edge of the town, so fostering discontent with the workers,6 which came to a head in the strike of 1828.

6 See Gilbert, N, Ridiculous Refinement for a fuller account of these houses.