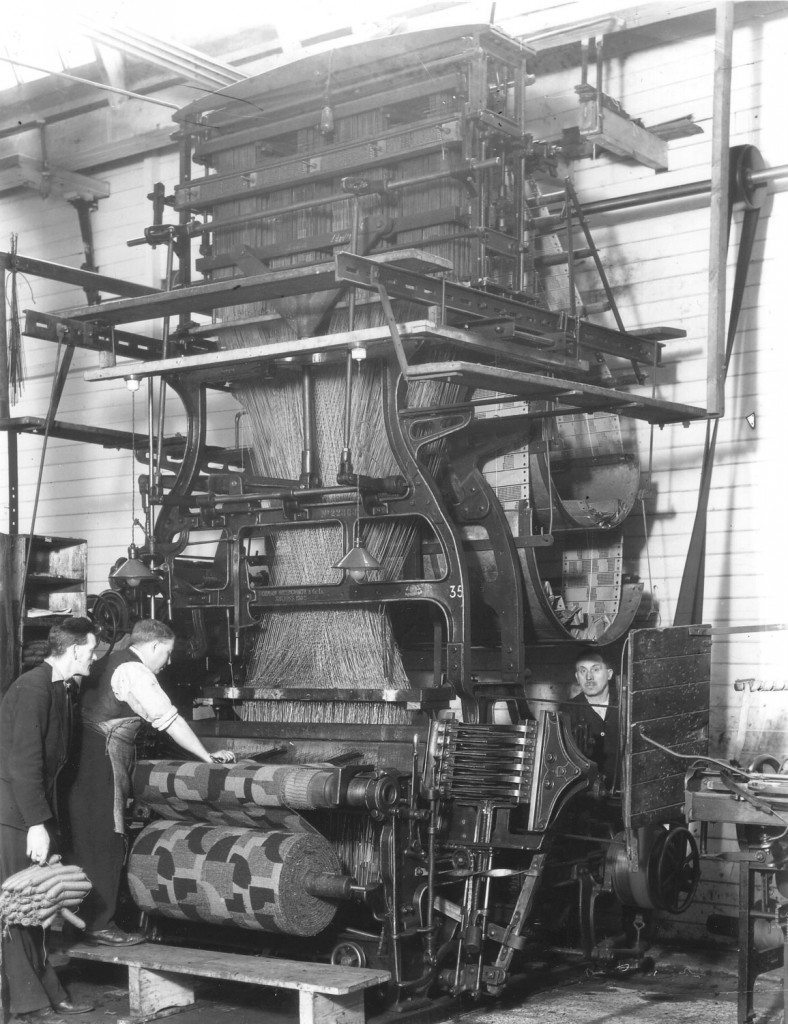 Image: Dobcross Kidderminster Loom at Naylor’s Pike Mills, Kidderminster (early 20th century). These looms were manufactured by the Hutchinson, Hollingsworth Company, Dobcross, Oldham Lancaster. The photograph shows the multi-shuttle box, the Jacquard cards and the cordage of harness from the Jacquard. The image also belt drive which connects the loom with the power source.

By 1825, the Jacquard punched card system, a French invention, improved the process of carpet weaving. The punched cards were used to select the coloured warp ends and could be reused. However, this system did have some limitations, especially for the smaller loom shops, which were unable to accommodate the extra mechanism. The Jacquard eventually replaced the mounture, the original mechanism of the Brussels loom, and made the lives of the apprentices, especially draw-boys and girls, much easier.