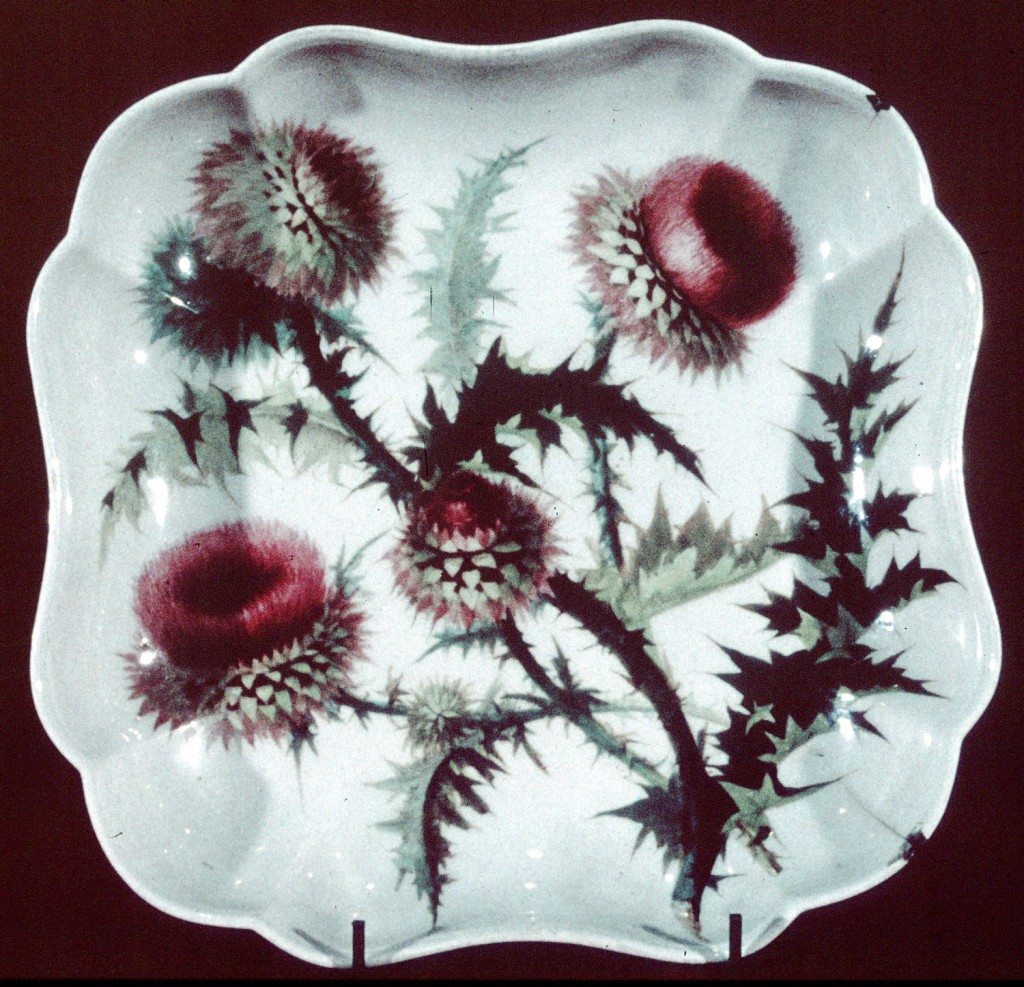 William Pegg arrived at Derby in 1796, only to leave in 1800 when he became a Quaker. Following the doctrine of simplicity and lack of decoration, he considered his flower painting as “lust of the eyes” and destroyed many of his sketchbooks. However, he returned to the factory in 1813. His surviving sketchbooks have recently been discovered. This has helped to identify many of his works. Pegg’s flowers are often life-size, and cover the whole of a plate. Gilding is usually very restrained. William Pegg’s painting of a thistle is considered to be one of the finest depictions of plant ever made on porcelain.