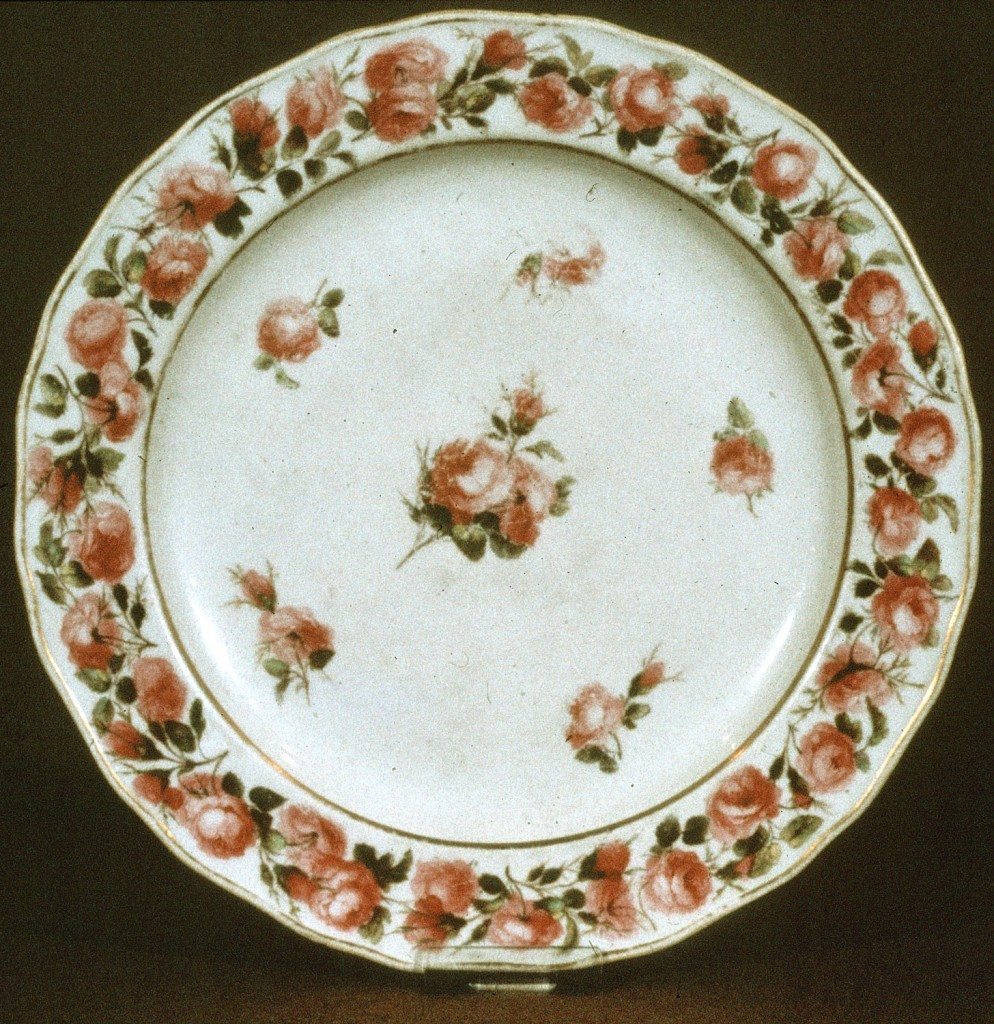 William Billingsley (1758-1828) was one of best flower painters at Derby together with William Pegg. Roses were his favourite subject, and china decorated with borders of his ‘running roses’ became a special feature of the Derby factory. Later Billingsley worked at Pinxton, Mansfield, Worcester, Nantgarw, Swansea and Coalport, and these factories also adopted his style. In the 1780s, Billingsley developed a new naturalistic style of flower painting on ceramics. His technique involved painting with a heavily loaded brush, and then wiping away much of the paint with an almost dry brush, to produce particularly delicate colours and highlights. The Prentice Plate was made by Billingsley especially for the instruction of apprentices at the Derby factory.