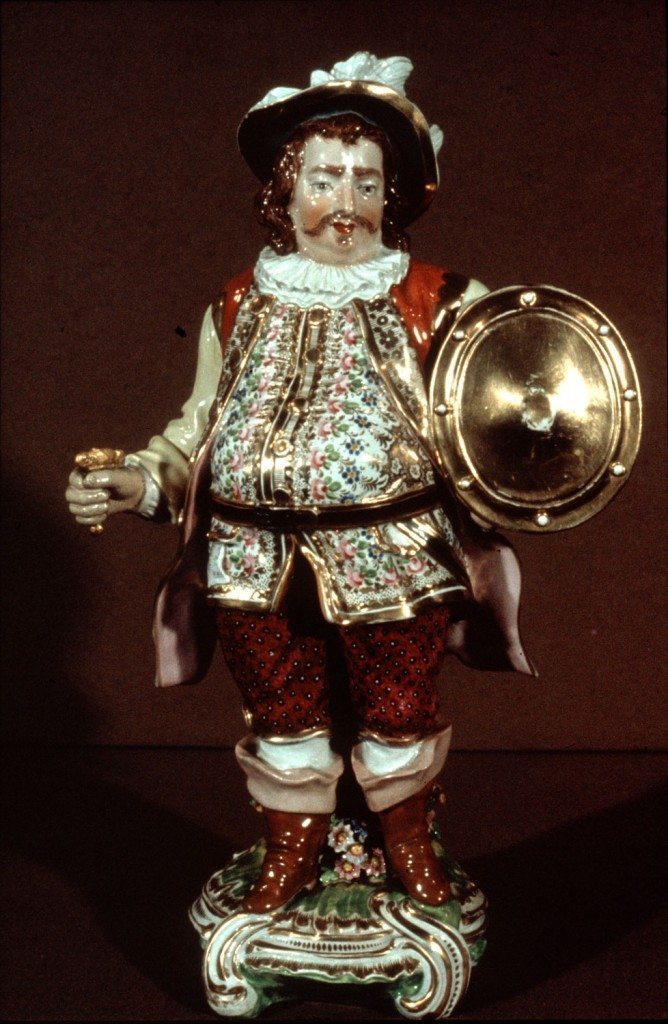 Images of popular actors were always in great demand, and were reproduced in various techniques, such as engravings, enamels and porcelain figures.

James Quin (1693-1766) was the last great actor of the declamatory school. From 1718 onwards he appeared at Lincoln’s Inn Fields’ theatre, Drury Lane and Covent Garden in a wide range of Shakespearian roles. Quin’s Falstaff was considered as the best of his time. The figure was first modelled at the Bow factory in 1749. The original source of the figure was supposed to be a mezzotint by McArdell. The influence of an accomplished Rococo style is seen in the finely curved base and rich painting and gilding. The figure was later re-modelled and re-issued several times, and this one is a later adaptation of the first Derby model.