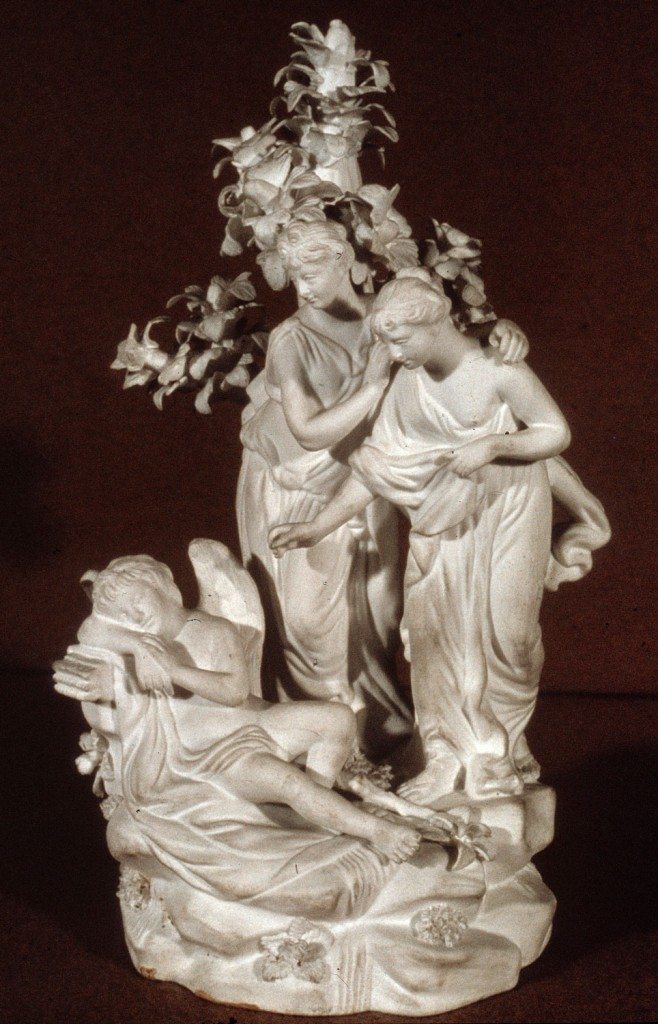 Unglazed porcelain (biscuit) was originally developed at Sèvres. Its aesthetic and decorative merit was recognized in the second half of the 18th century, and highly valued. Sometimes unglazed items were more expensive than painted examples of the same design. The Derby factory was not slow to follow the new fashion and style, and the first biscuit items were made at Derby c.1770.

This group was modelled by Pierre Stephan. It is taken from an engraving by Francesco Bartolozzi after Angelica Kauffmann (1741-1807) who worked in England from 1766. Her fine and delicate works on classical and allegorical subjects were widely used in interior decoration. They also inspired the products of such entrepreneurs as Matthew Boulton and Josiah Wedgwood.