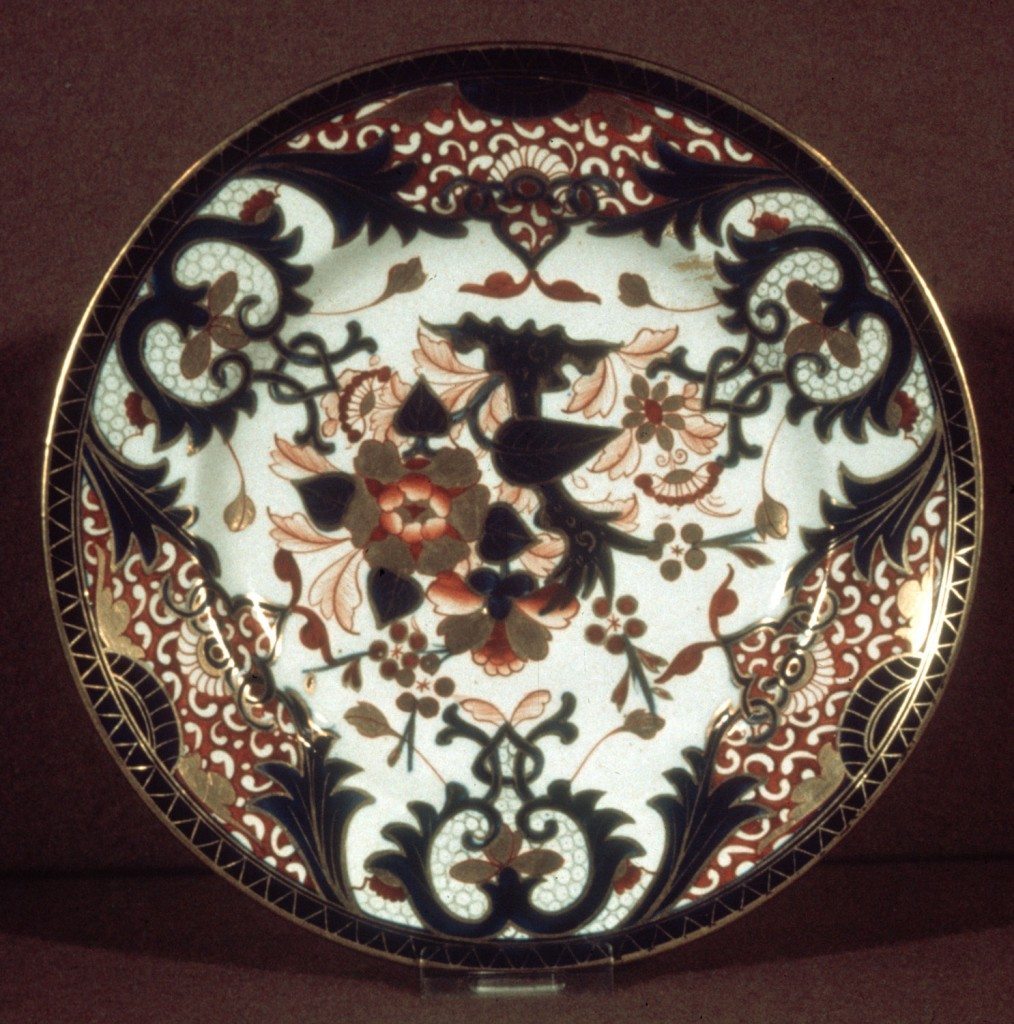 There was a great demand for Oriental patterns in the second half of the 18th century. The lavishly decorated Japanese, or Imari pattern was introduced at Derby factory in 1775. Imari is actually a harbour in the Hizen province of Japan, but in Europe it has become the trade name of a ware with a colourful stylized floral design, mainly in an underglaze cobalt blue with an overglaze of iron red and occasionally green enamels.

During the Bloor period, the lustrous Imari design gained a tremendous popularity still enjoyed today. It has become another characteristic feature of the Derby factory.