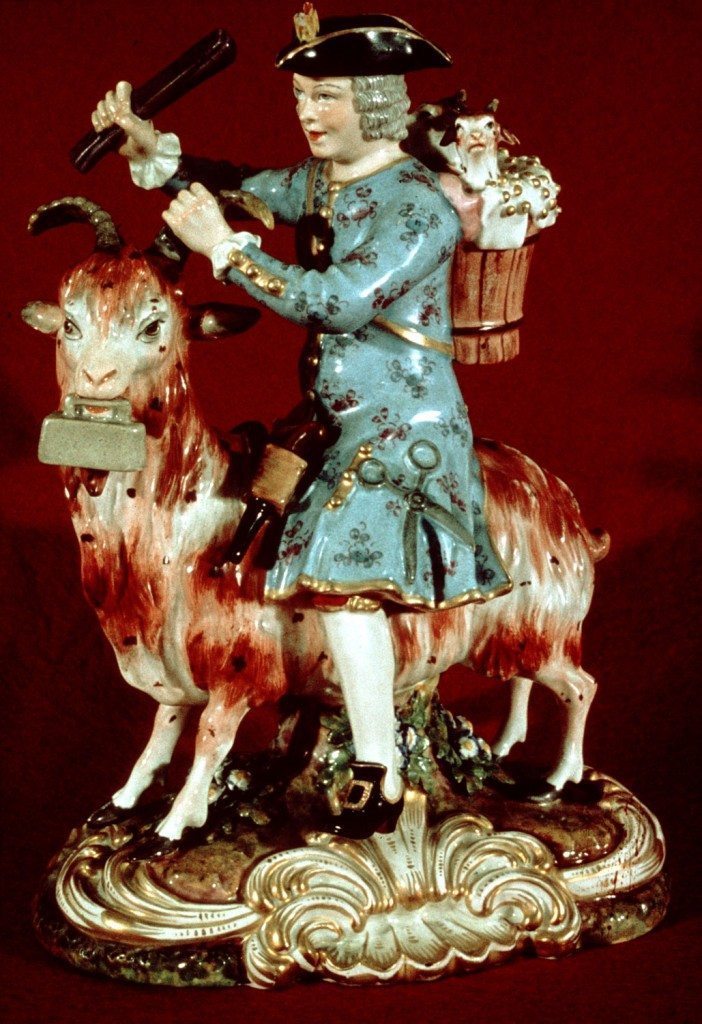 One of a pair of very popular satirical figures depicting a Tailor and his Wife. They were copied from figures first modelled in 1740 by the leading Meissen sculptor J.-J.Kaendler (1706-1775). According to a Meissen tradition, it was made in a mockery of the tailor of Count Heinrich von Brühl, the chancellor of Saxony. The tailor wanted to attend a court banquet but instead was represented in the form of a table decoration. The name of the figure means not the Welsh nationality, but rather the misunderstood German title: “Ein Schneider welcher auf einem Ziegenbock reutet” (A Tailor which rides a goat…). The group remained popular until the mid-19th century.