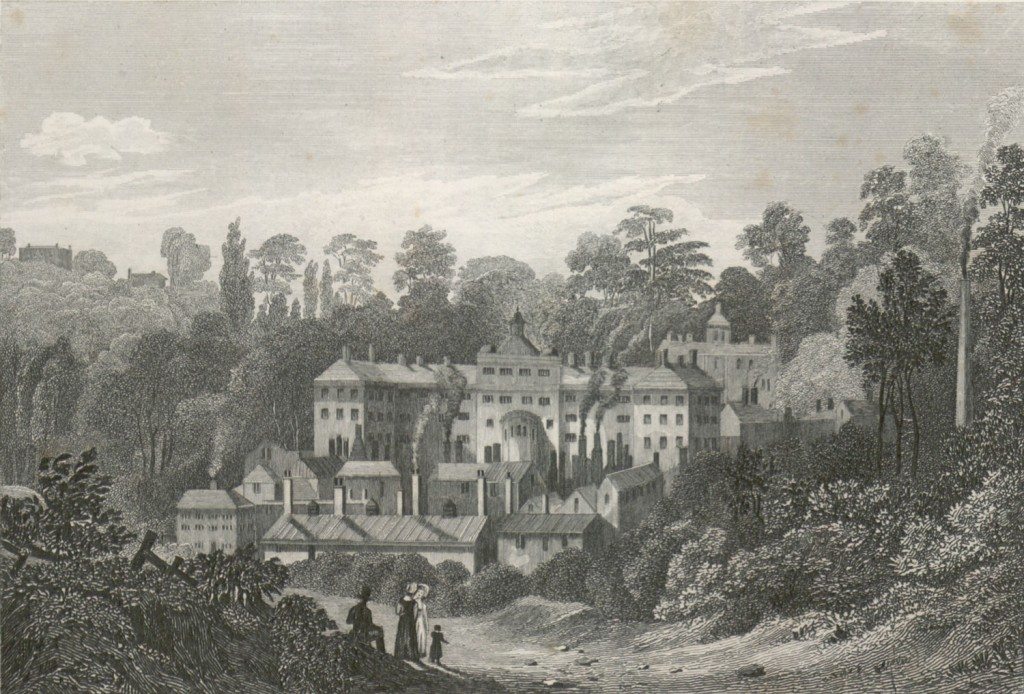 Image: Soho Manufactory. William West, Picturesque Views… of Staffordshire…(Birmingham, 1830). Engraving by T Radclyffe was based on a drawing by F Calvert. This is an untypical view of the building from the rear and presents the complex of forges, mills and engine houses behind the neo-classical façade of the factory. The Soho Works became a tourist attraction as people came to view Boulton’s manufacturing processes. The image shows visitors in the foreground.

At this early stage of the Industrial Revolution, the sight of machines at work producing goods fascinated people, and in manufacturing centres like Birmingham ‘viewing the manufactories’ became a popular pastime for visitors to the town. There are many journal accounts of such visits to Soho and other manufactories, including one dated 1755 describing a visit to John Taylor’s works.1

Matthew Boulton initially thought it was useful to encourage visitors to the Soho Manufactory because it helped to increase the market for his goods. After a while the number of visitors grew so great that he had a tea-house built in the grounds of the Manufactory, and after visitors had been given a guided tour of the works they were entertained to tea or wine and cakes in the tea-house, and often bought goods in the showroom before leaving.

The visitors included counts, dukes, duchesses, ambassadors, scientists and all manner of well-to-do travellers who felt their tour of Britain would not be complete without seeing Soho, its machines and its hundreds of workers.

Eventually the number of visitors grew so great that they began to disrupt production. Managers, or Boulton himself, had to spend time showing them round and explaining things, and workers begged for tips. Boulton decided to call a halt to factory tours and put up a notice in every inn for some miles around, announcing that henceforth visitors would not be admitted to the Manufactory. For some VIPs he relented!