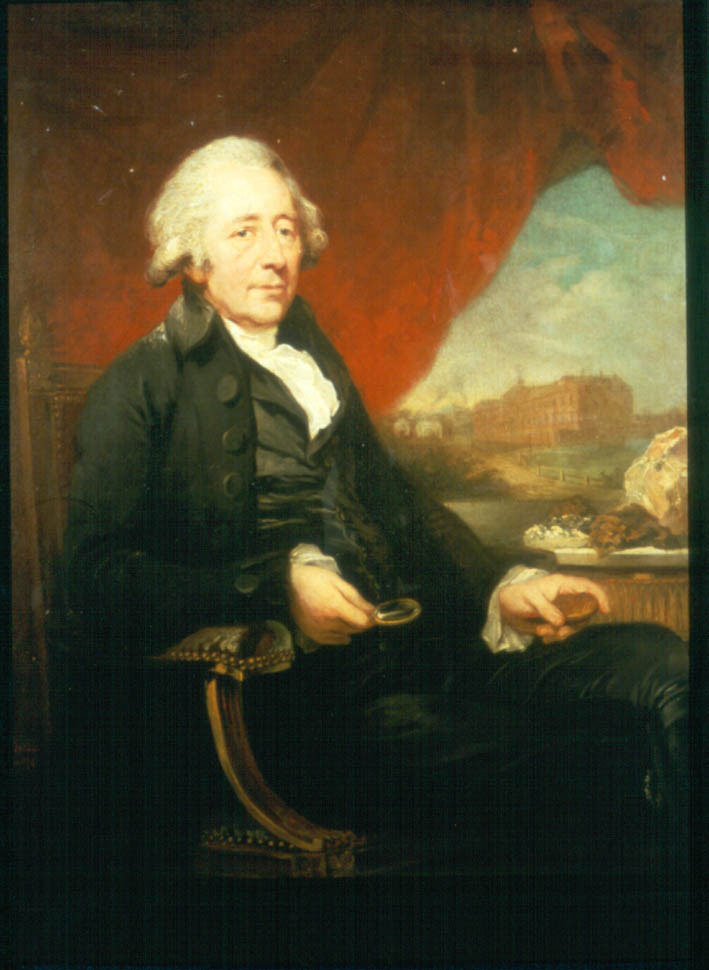 Image: Matthew Boulton by C F Von Breda, 1792. Oil on Canvas. Boulton was the most famous of Birmingham’s toymakers. The portrait shows him examining items from his geological collections with Soho Manufactory, the biggest factory in the world in the background. Boulton produced buttons, buckles, steel jewellery and silverware at Soho.

Birmingham’s industrial reputation in the late 18th and early 19th centuries largely rested on its importance as a “metal–bashing” town. It manufactured items from brass and iron, that required brute strength to forge and create household goods such as cooking pots or engineered products like the steam engine. There was, though, another side to Birmingham’s importance, the making of “toys”, small decorative objects from silver, bronze and other metals and Edmund Burke, the MP and philosopher described Birmingham as “The Toyshop of Europe”. John Taylor and Matthew Boulton pioneered the mass production of buttons, buckles and boxes, but manufacturers also produced other highly decorated items for the home and personal use such as caddy spoons and candlesticks.

Shena Mason explores the history of this industry and its cultural, social and commercial context, including industrial tourism, insurance for workers and marketing. Her research has been based on primary sources in Birmingham Assay Office, Birmingham Central Library, Birmingham City Archives and Birmingham Museums & Art Gallery. The article is also illustrated with images from these locations.