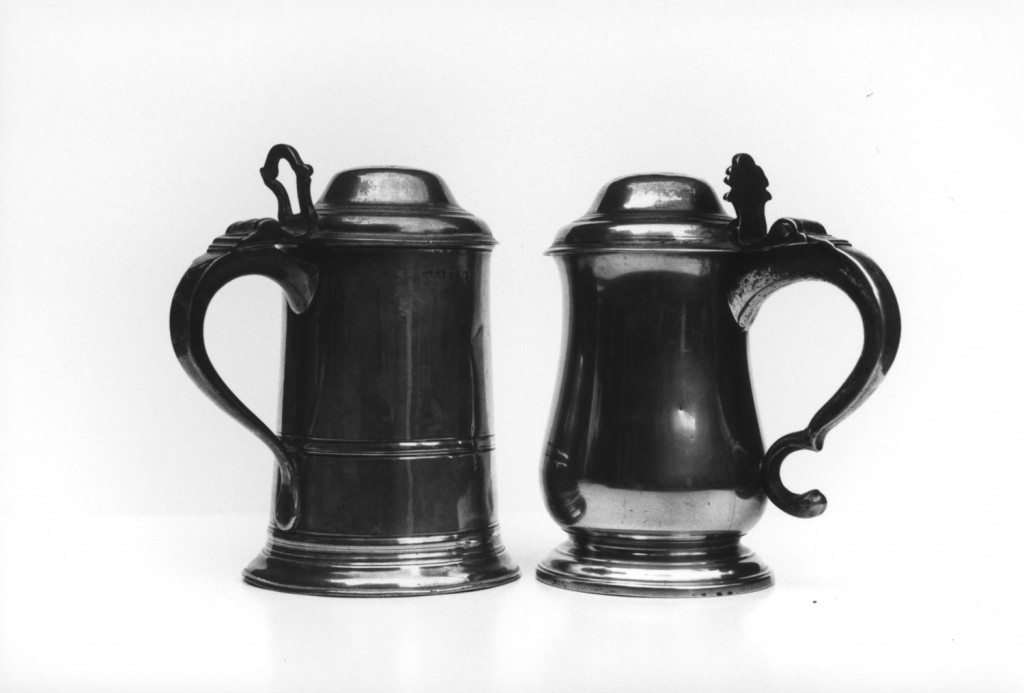 Image: A dome-lidded quart (left) and dome-lidded bellied quart (right), made by Ingram and Hunt, Bewdley pewterers in the late 18th century.

Much of the trade passed through major wholesalers. Links with Birmingham were important where one man, William Wallis, took 10% of the firm’s output. Items also went to Ireland and the USA and in 1806, 50 gross of spoons were dispatched to Smyrna, in the Turkish part of the Ottoman Empire. The diversity of product and range of customers indicate that the firm of Ingram and Hunt was highly sophisticated. By 1800 turnover was £6,000 a year, evidence that Bewdley continued to operate a highly successful pewter industry, despite a decline in parts of the industry elsewhere in Britain.