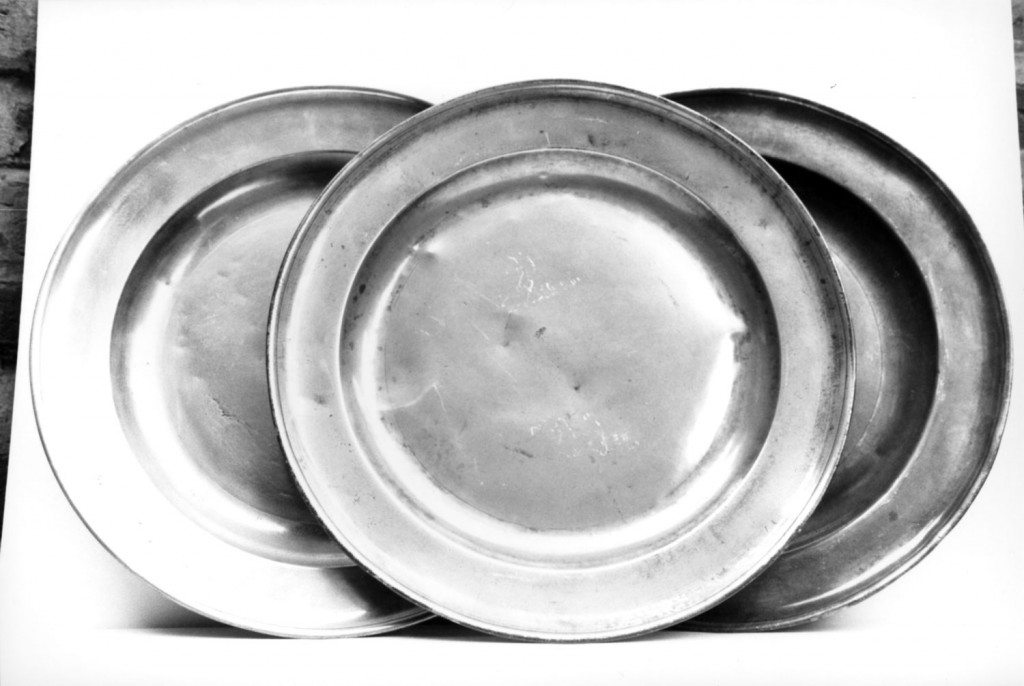 Image: Three 16½” single reeded pewter plates made by John Duncumb in Wribbenhall near Bewdley in the early 18th century, another example of a common item of production by his business.

Duncumb is little known, but he was one of the important innovators of the Industrial Revolution by establishing mass-production methods for the making of pewter. This had several dimensions. The Coalbrookdale Stock Book for 1718 to 1727, held at Shropshire Records and Research shows that Duncumb purchased two furnaces with the capacity to hold 60 and 40 gallons respectively from the Coalbrookdale Company. Prior to Duncumb’s time, most pewterers made flatware or sadware – plates and dishes – or hollow-ware such as tankards, from start to finish in their workshops. By introducing division of labour techniques, he reduced costs which enabled his business to compete with producers of brass, tin and china. Duncumb is not well-known, but he was a pioneer of mass-production methods before the more famous Birmingham industrialists, John Taylor and Matthew Boulton. His day book survives and provides detailed information about his business between 1718 and 1724.