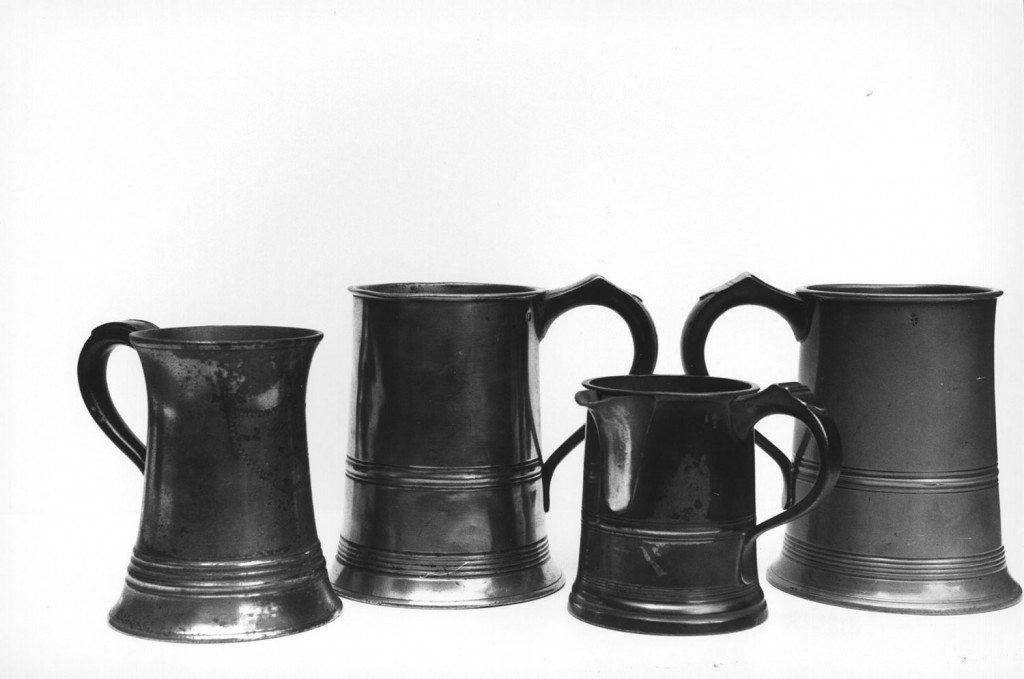 Image: From left to right, a quart tankard, concave pint tankard, spouted pint measure and quart tankard made by Joseph Morgan, a Bewdley pewterer in the early 19th century.

Surviving evidence shows that other pewterers existed alongside the larger concerns. Joseph Morgan produced ware with similar features to that manufactured by Ingram and Hunt and Crane and Stinton. Their tankard designs have a flared base and rounded terminal on the handles. Little is known about his business, but Holding and Moulson in their study of Bewdley pewter suggest that he may have been apprenticed to Crane and Stinton from 1816 to 1827.