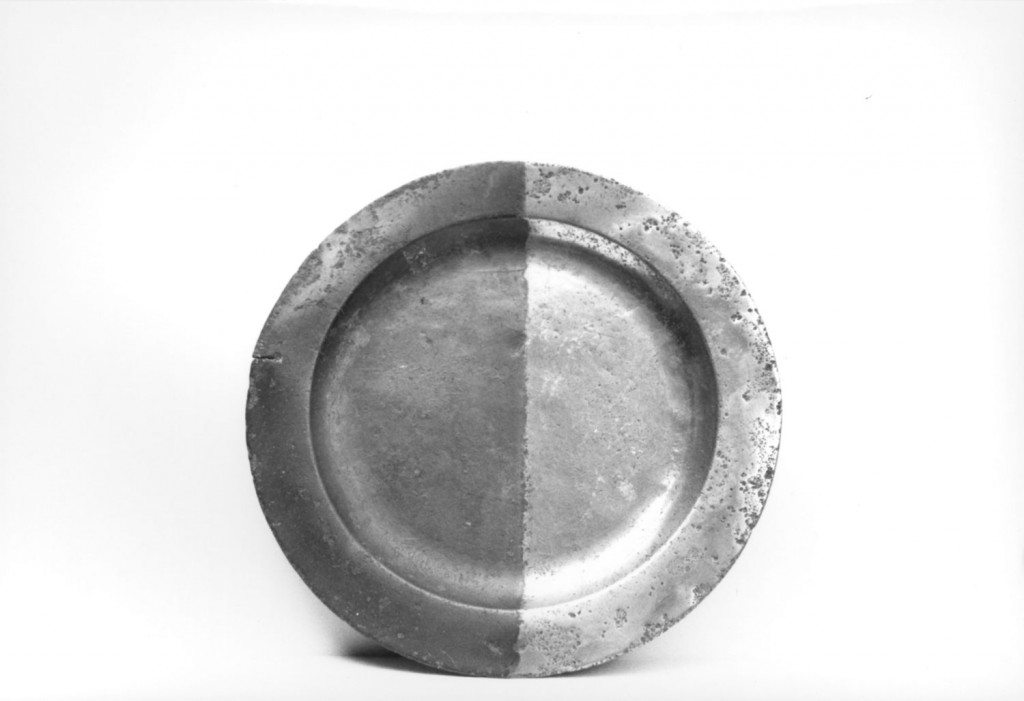 Image: A partly cleaned pewter plate showing the surface corrosion which develops on pewter if neglected. Problems like this reduced the life span of the product. For this and other reasons, pewter products were recycled, leaving few surviving examples of pewterware before the 18th century.

Pewter has a low melting point at 238 degrees centigrade. As a soft metal it is easy to work, but also easy to damage and prone to deterioration. One dimension of the industry was the recycling of pewter products. Consumers could obtain a reduction of up to a third in the price per pound by weight if they returned their broken, tarnished or unwanted items to a dealer.

The traditional method of manufacturing was by gravity casting. Molten metal was poured into a casting mould which was made from bronze or iron. The surface of the mould was coated with a release agent, red ochre and white of egg and pumice powder. Flatware or sadware such as plates, dishes and spoons were cast in two-part moulds. After cooling they were hammered in the “booge”, the curved part of the product between its rim and the bowl, and polished on a lathe. Hollowware such as tankards, candlesticks and boxes were created from several castings which were then soldered together before smoothing, decorating and polishing on a lathe.  Techniques changed little before the late 18th century, when Britannia metal, a variation of traditional pewter was made by cold rolling metal sheets from ingots.