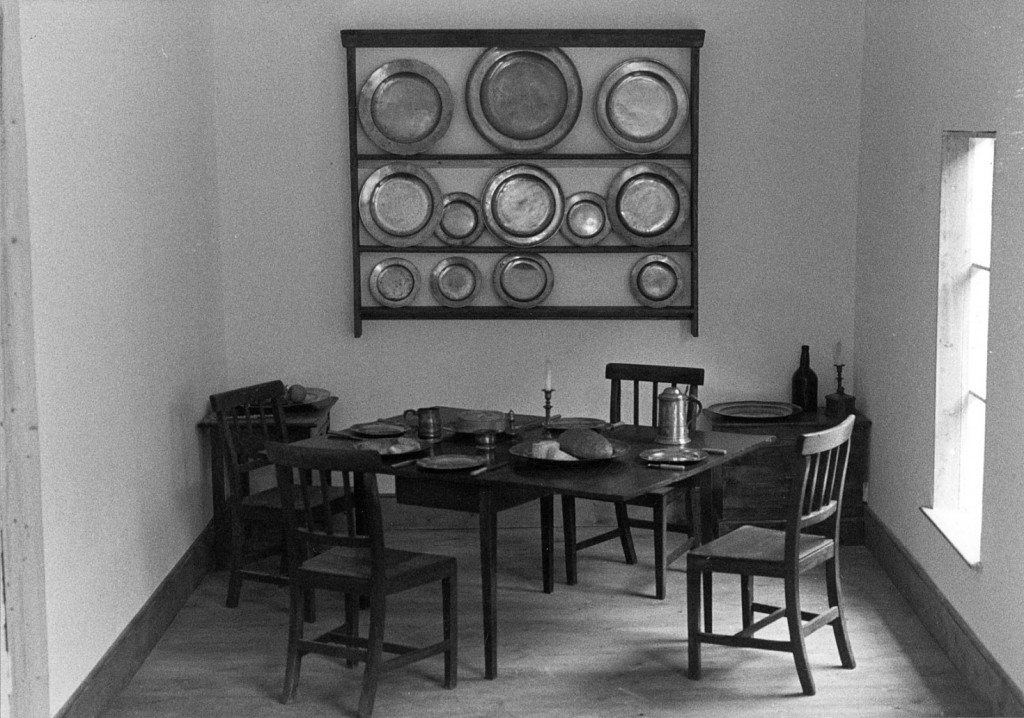 Image: A reconstruction at Bewdley Museum of an 18th century dining room with pewter plates stored on a rack on the wall and pewter tankards, plates, serving dishes and a candlestick on the table which is set for a meal. Pewter was a substitute for silver in middle-class households.

Pewter making in Bewdley lasted from the 16th until the 19th centuries, but the most dynamic period for the industry was in the hundred years or so after 1719 after John Duncumb moved to the area. Duncumb and his successors used mass-production methods to meet different consumer demands and compete with competition from other products such as brass, earthenware and porcelain. At a time when it was meant to be in national decline, Bewdley, together with Wribbenhall on the opposite bank of the Severn, became the most important location for pewter making in Britain. Malcolm Dick’s exploration of the history of the industry is linked to images of locally manufactured ware held at Bewdley Museum.