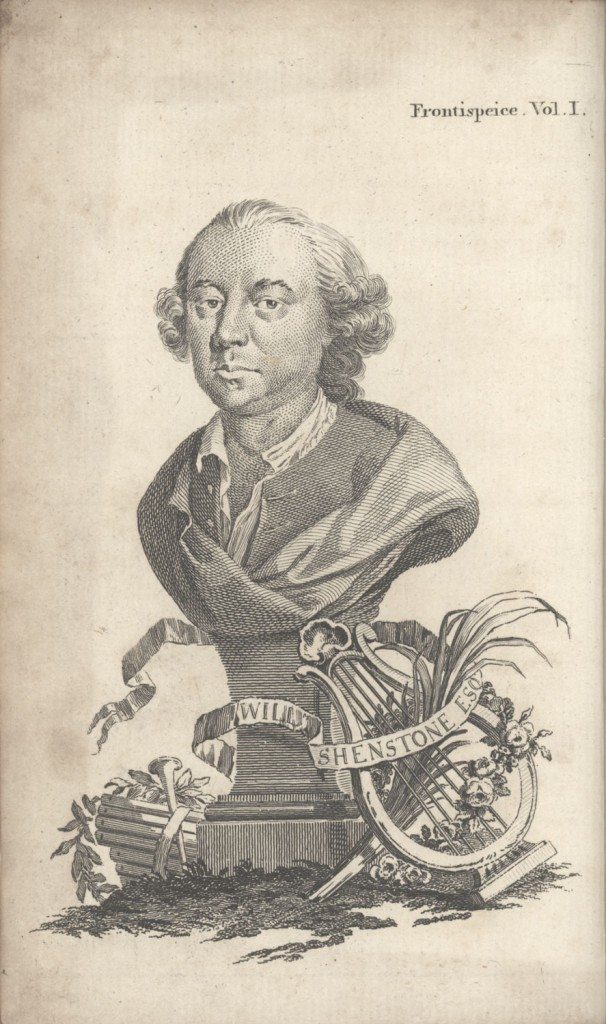 William Shenstone was born in 1714 and died in 1763. His fame rests on his reputation as a poet and landscape gardener. His estate at the Leasowes (pronounced “lezzoes”) at Halesowen, near Dudley, which he transformed into a cultural phenomenon, attracted visitors from home and abroad. This article explores Shenstone’s impact on the Leasowes and his place in the tradition of English garden design and the cult of the “natural” landscape.

Shenstone lived during a time of rapid industrialisation, but he pays little attention to the mines, glass works, forges and foundries which were operating close to his property, though he travelled locally and was well-acquainted with at least two local entrepreneurs, John Baskerville and Matthew Boulton. Written by a local researcher, this article is accompanied by 18th and early 19th century images to illustrate the text.