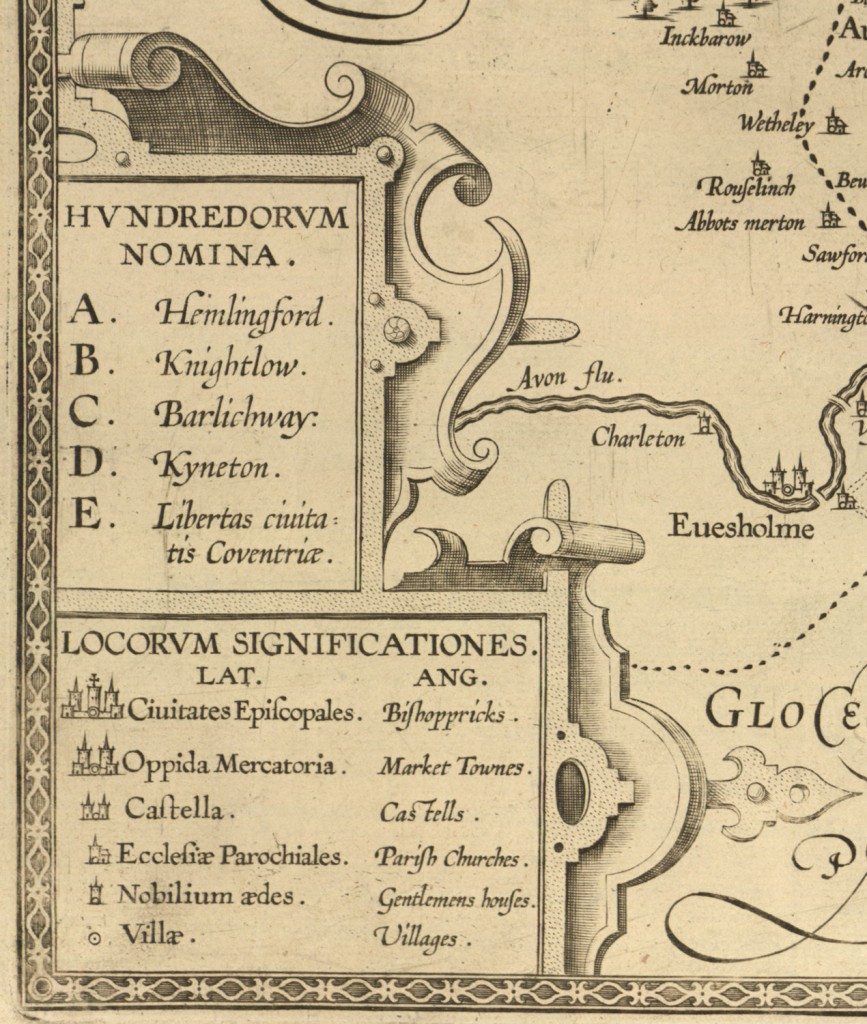 Image: One of the earliest keys, from the late seventeenth century copy of the 1603 ‘Anonymous’ map. This is the only panel on the side of the map to include both Latin and English, all other text is in Latin. The key is presumably the section which the surveyor thought might need explanation. Although there are rivers, roads and woods on the map, they are not indicated on the key.

Keys, often called Explanations, developed through the period, as the landscape itself changed. Some early maps did not include keys, although where only a few features of the landscape appeared they were probably sufficiently self-explanatory. As new types of building, road, and means of communication had appeared, so new symbols had been devised. Some symbols show developing technology, Wind Mills, Water Mills, Coal Mines, Canals. ‘Post Roads’ became ‘Turnpike Roads’. However, some retained historical information due to having been copied. This information was sometimes copied through several generations, as on Laurie and Whittles 1818 map of Warwickshire which still included symbols in the key relating to the English Civil War.

In addition, during the seventeenth and eighteenth century, new tools were developed to measure the landscape. ‘Waywisers’ measured distance along roads. From Ogilby onwards hachuring had been used to indicate slopes or hills, when they were shown. Jesse Ramsden invented the first version of the theodolite in 1763, and then refined it. It was used in the survey which established the triangular connection between France and England, which began in 1787. The Ordnance Survey was officially established in 1791. It carried out triangulation of England, Scotland, Wales and Ireland 1798-1853.