Home·People·Johnson, Samuel·Johnson, the Society of Arts and the Transformation of the Cotton Industry 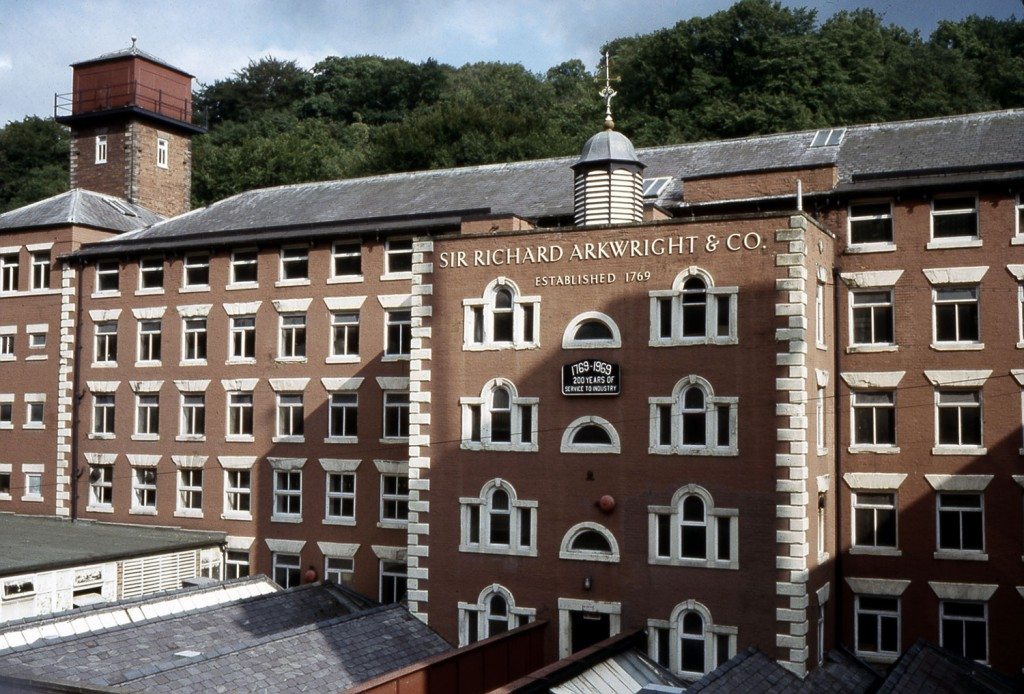 Image: Masson Mill, Matlock Bath, near Cromford, Derbyshire. This factory was built by Sir Richard Arkwright, the man who was responsible for introducing factory production to the cotton industry.

Image from: Photograph by Malcolm Dick

In the 1760s when Johnson was active in the Society of Arts, two prizes were offered by the committee for the best machine that would spin six threads at once. The Society’s unofficial secretary at the time, Robert Dossie, wrote that interest in this invention had been aroused by hearing of Lewis Paul’s unsuccessful attempt some twenty years before.  A careful reading of Paul’s patent revealed that his technical difficulty of giving a twist to the yarn had not been overcome. Dossie may well have come by this information through Johnson. Curiously, in order to give Dossie his vote to be a member of the Society, he paid up an arrear which had run on two years (Life, iv: 11).  Thus, Brown may be right in his supposition that, if Johnson did suggest making award for spinning inventions, the English cotton industry should be indebted to him for support and encouragement when it was most needed.  Without the preliminary experimentation, subsidized by the Society of Arts, Richard Arkwright could not have succeeded in building his composite spinning machine.  Despite its failure, the invention of Paul and Wyatt helped to lay the foundations of modern spinning machinery. It was the principle of spinning by rollers, patented by Paul in 1738 and 1758 that was taken up by Arkwright and developed into a commercially successful enterprise.