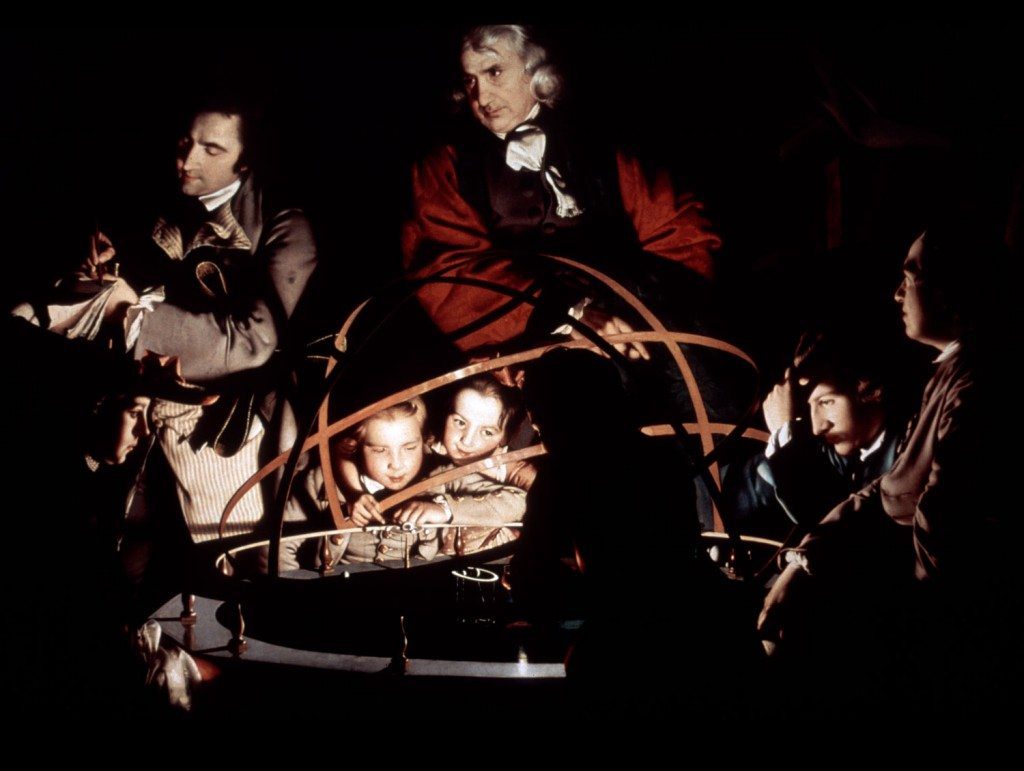 Image: Joseph Wright of Derby (1734-1797), A Philosopher Lecturing on the Orrery (1764-1766). Oil on Canvas. At one level this painting is an essay on the communication of scientific knowledge.

The middle years of Samuel Johnson’s literary career were extremely productive. His essays in The Rambler (1752-54), The Adventurer (1753-54), The Idler (1758-60), book reviews in The Literary Magazine (1756-58) and Travel Diaries to Wales, England and Scotland, demonstrate Johnson’s ability to collate varieties of knowledge and experience to facilitate his discussion of human life. He selects metaphors of science to illustrate topics of a more mundane nature. The extremely intelligent Poliphilus in Rambler 19, is known for his successful university progress “through the thorny mazes of science” and “the flowery path of politer literature” but who could never settle down on a vocation or particular branch of study. Gelidus in Rambler 24 was “a man of great penetration and deep researches” with “a mind naturally formed for the abstruser sciences” (iii: 104; 132). Johnson portrays Quisquilius in Rambler 82 as “the most labourious and zealous virtuoso that the present age has the honour of producing” in possession of “an unshaken perseverance in the acquisition of the productions of art and nature”. Nucagulus in Rambler 103 “was distinguished in his earlier years by an uncommon liveliness of imagination, quickness of sagacity, and extent of knowledge” (iv: 65; 187).

These and other imaginatively created characters – amateur scientists – capture the enquiring spirit of the times.  Fired by “curiosity”, in the words of Johnson, “one of the permanent and certain characteristicks of a vigorous intellect”, they are equally allured “by novelty of every kind” from the phenomenon of electricity and the variations of the magnetic needle to the enigma of the origin of the Nile.  Johnson had a keen interest in the popularisation of knowledge to elevate the mind and enlarge the understanding of young and old.