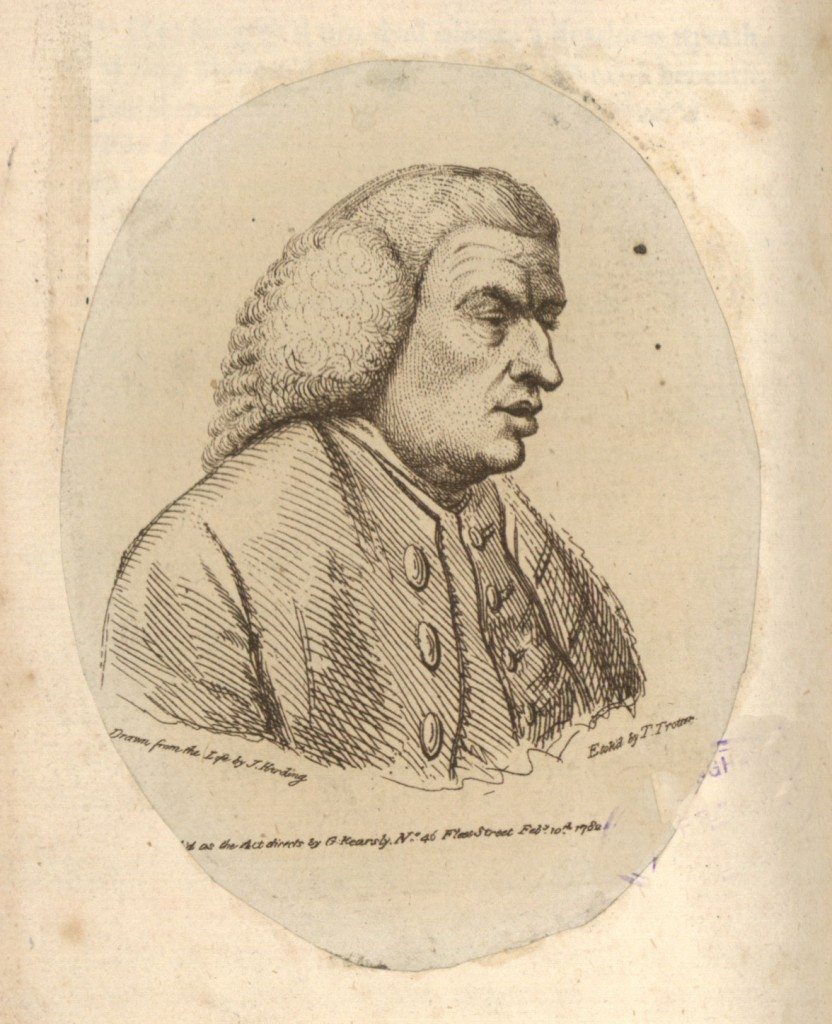 The value of a work must be estimated by its use; it is not enough that a dictionary delights the critick, unless, at the same time, it instructs the learner.

Samuel Johnson was born in Lichfield on 7 September 1709 and died in London on 13 December 1784. His father, Michael Johnson was a bookseller, but he began his business with the sale of velum and parchment and set up a small parchment factory a third of a mile from his shop in Lichfield. Various tanners worked for Michael and he travelled around the Midlands to buy skins for the business. Samuel Johnson would have known the stink of the tannery and the nature of industrial activity from an early age. He was an acute observer, intellectually curious and a storehouse of information. His friend Hester Thrale wrote: “The life of this man was indeed expanded beyond the common limits of human nature, and stored with such variety of knowledge.”   Theoretical knowledge and experiential observation were integral parts of his mind.