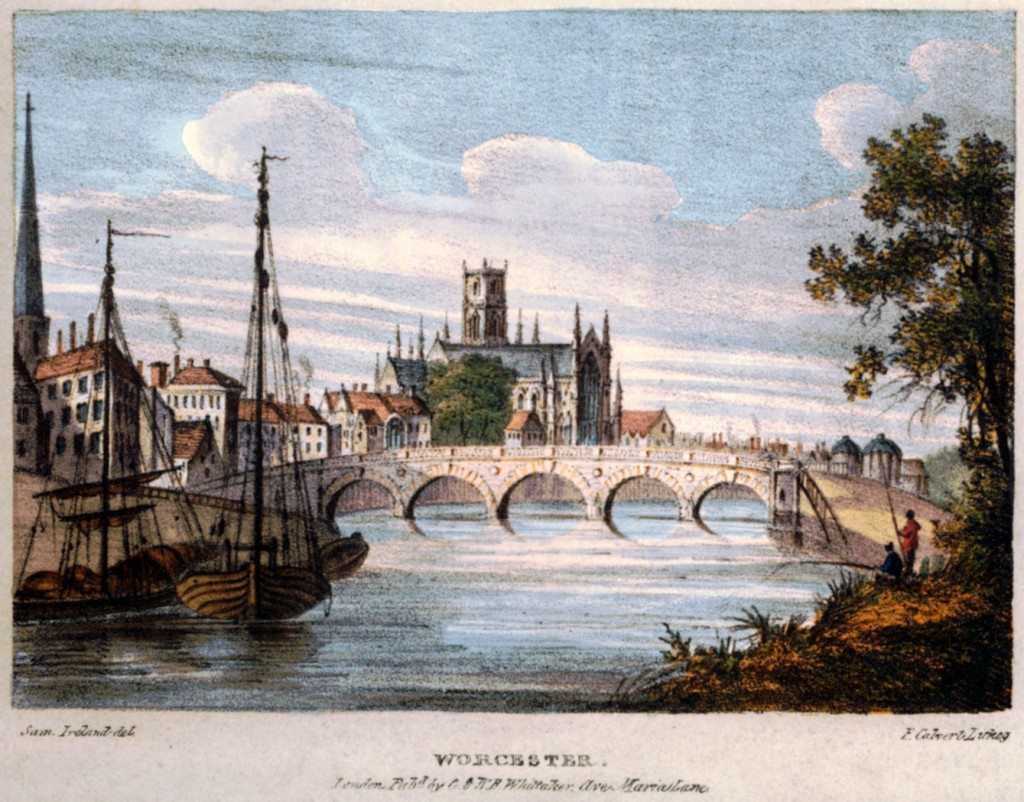 “The first excellence of a bridge built for commerce over a large river is strength; for a bridge which cannot stand, however beautiful, will boast its beauty but a little while”. This is how Johnson identifies the quality of a bridge “in a country where greater weights are ordinarily carried by land than perhaps in any other part of the world”.   These excerpts are from one of three letters he wrote in 1759 in support of John Gwynn’s project for Blackfriars Bridge. It was shortlisted but lost to Robert Mylne’s innovative bridge design featuring elliptical arches. Johnson’s support for the architect’s projects is another indication of his interest in the practical application of science.  The tone of his approval of Gwynn’s design confirms his stand on the ethical goal of science for the improvement of human life. David Whitehead notes that Gwynn’s utilitarian ethos was employed in his design of houses in the St John’s area of Worcester which were a practical realization of his intention to create “a terrace near a mile in length commanding a most delightful prospect of river, bridge, town and country around (which) if properly completed will certainly be one of the finest approaches in England ”.  Bridge Street today is a monument to Gwynn’s ingenuity and foresight.

John Gwynn transformed his skills as a carpenter into those of an architect. He was the builder of the English bridge in Shrewsbury in 1767, Atcham Bridge (1769), Worcester Bridge (1771) and Magdalen Bridge in Oxford (1772). The acquaintance of Johnson with John Gwynn, the self-taught Shropshire born architect, may go back to 1749 when Gwynn wrote An Essay on Design, Including Proposals for Exciting a Public Academy to be supported by Voluntary Subscription, an idea very much dear to Johnson, and A Plan of the City of London after the Great Fire.  In 1760 Gwynn was elected a member of the exhibition committee of the Society of Artists. He exhibited his rejected plans for Blackfriars Bridge at the first Society of Arts exhibition in 1760 and in 1761 and 1762 at the rival exhibition of the Society of Artists.

Gwynn’s London and Westminster improved (1766) for which Johnson wrote a dedication is referred to by John Summerson as “one of the most remarkable books ever written about the planning and architecture of London”.  Summerson views Gwynn’s plan as an embodiment of “the spirit and practice of improvement”.  Morris Brownell quotes with apprehension Isaac Reed who though that the whole of this work was either revised or greatly edited by “the pen of the lexicographer”.  In view of Johnson’s interest in architecture, his active involvement with the Society of Arts and his pragmatic views, Reed’s suggestion seems plausible. Johnson shared Gwynn’s utilitarian ethos towards architecture and supported many of his projects.  The likely circumstances of Johnson’s contribution to the selection of Gwynn’s project for Magdalen Bridge and the new covered Market in Oxford are discussed in Oxoniensia.